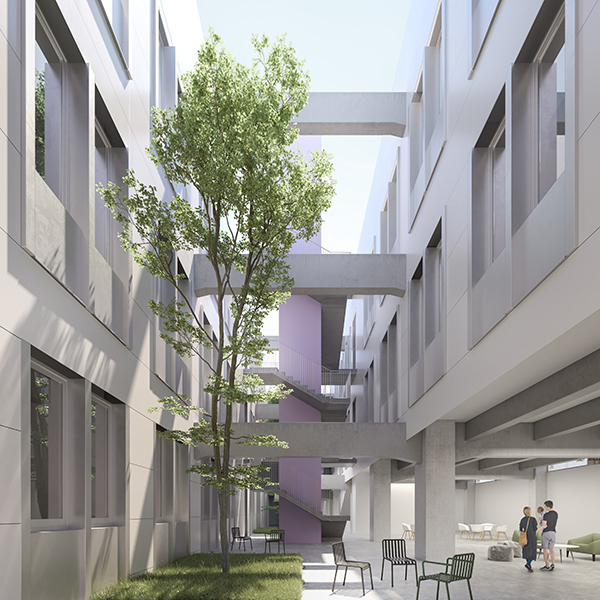 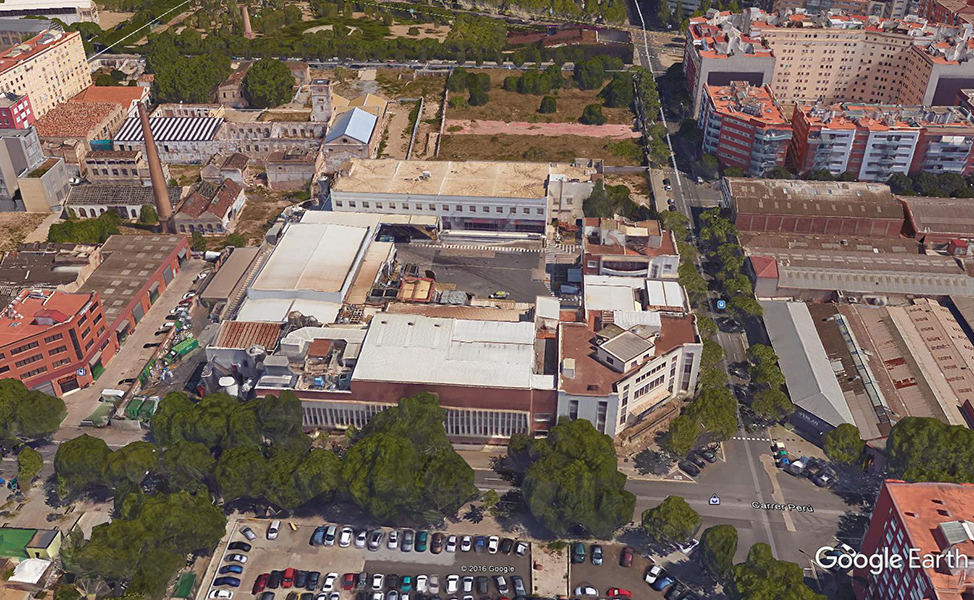 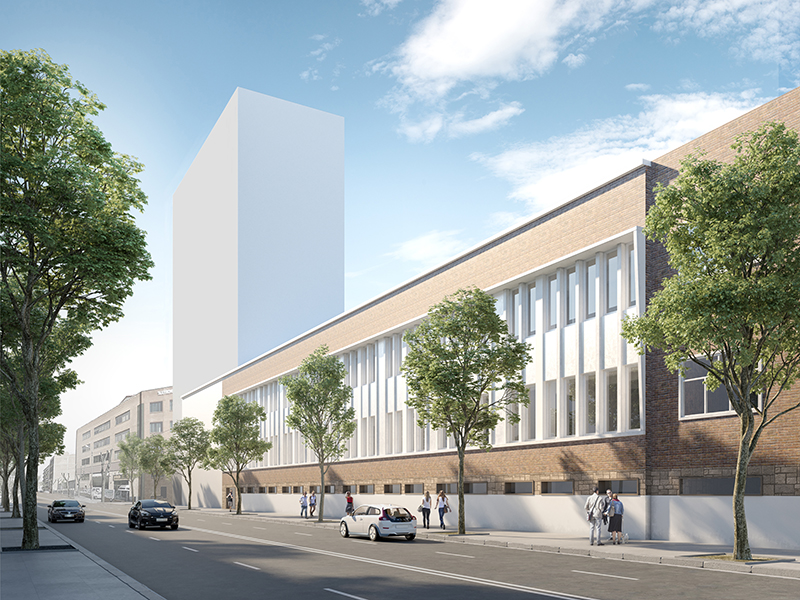 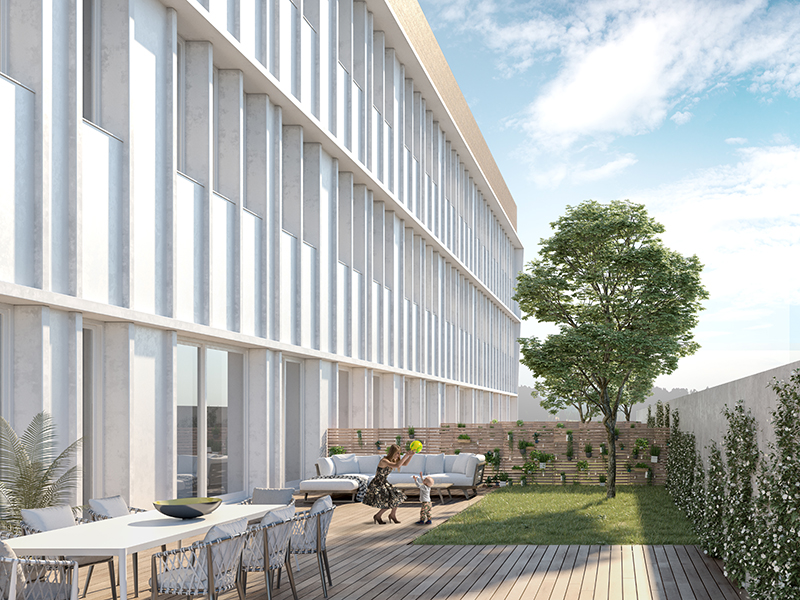 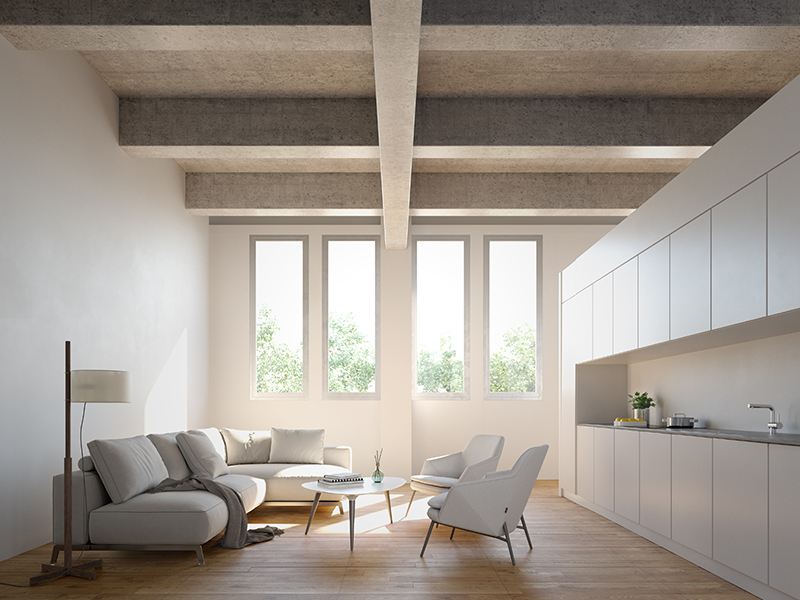 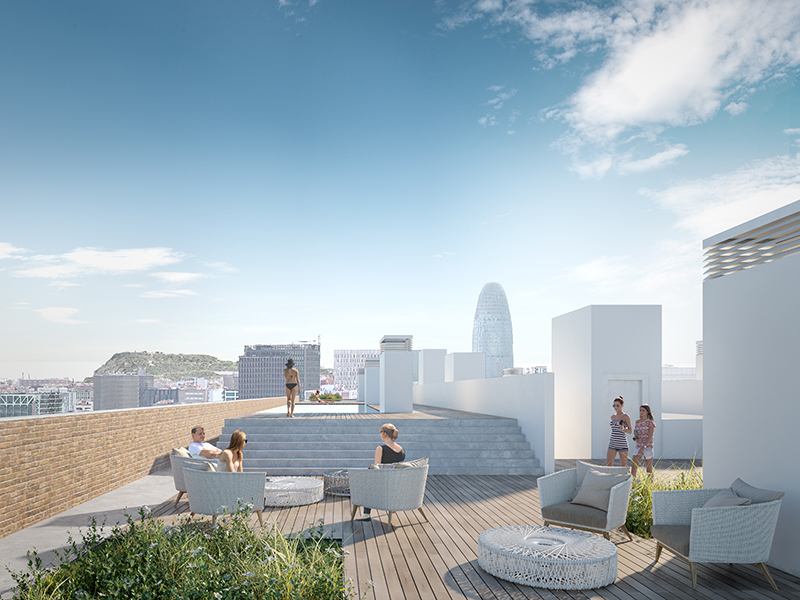 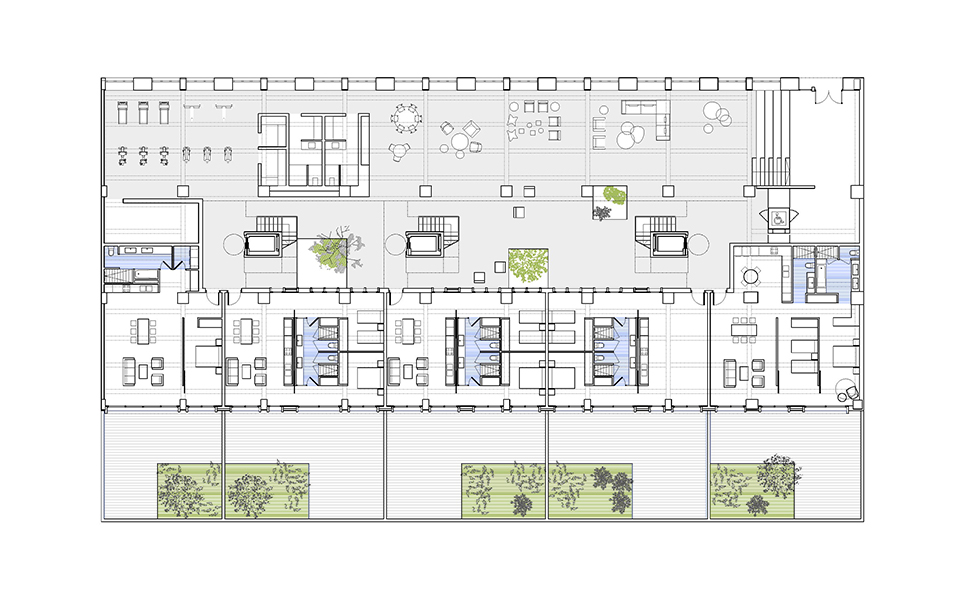 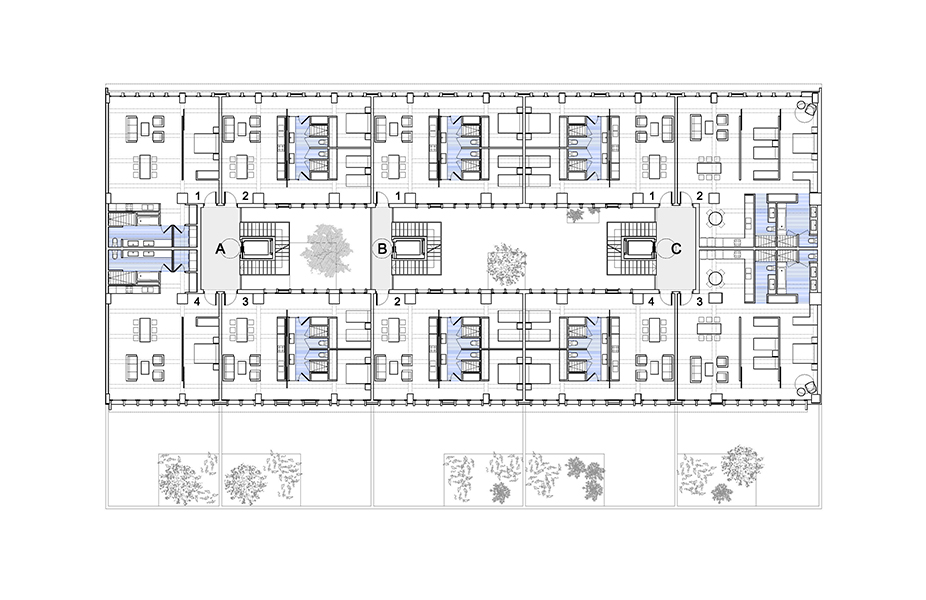 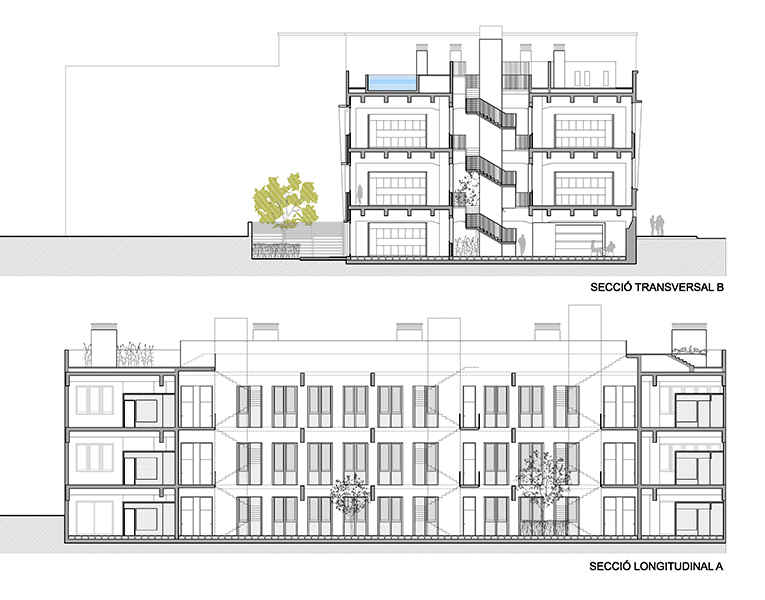 The building in this plan was designed in 1959 and built as a continuation of the other buildings on the block to house the factory, offices and laboratories of the Frigo ice cream company. It is an industrial building with a ground floor and two upper storeys, supported by a system of concrete porticoes that create nine almost identical bays. The porticoes, which rest on the lines of the façade and on two intermediate pillars, support a system of concrete beams and slabs made of solid flagstones. The ground floor, which is level with the natural terrain inside the block, is semi-underground from street level.

The façade facing the street is ceramic, with a compositional system that is quite common in industrial buildings dating from the 1950s, which contains a series of highly vertical openings, linked by an artificial stone frame with a larger projection at the top, which gives the building a significant horizontal geometry. The façade of the building inside the block is unrecognisable, as it has undergone structural and volumetric modifications practically since the buildings were constructed, in order to extend the factory on various occasions.

The comprehensive reform plan that is being drafted is based on the stipulations of the Special Plan for the Protection of the Industrial Heritage of Poblenou, which calls for the preservation of the spatial and resistant structure of the building – basically the preservation and enhanced visibility of the porticoes and concrete roofs, and the rehabilitation of the façade in Perú street.

In order to adapt the buildable depth to the proposed residential programme and thereby increase the development of available façade, the plan proposes emptying the central bay to create a courtyard, partially occupied by three staircases and an elevator.

Two volumes 8.6 metres deep are obtained on both sides of the courtyard, with façades overlooking the street and the inside of the block respectively. Five homes are distributed on the first and second floors in each of these buildings. Bearing in mind that the ground floor, at the level of the old inner development of the block is semi-underground compared to street level, the volume aligned to the street will be used for community facilities: a gym, saunas, leisure and living areas, and a community laundry.

The standard home occupies two central bays, although the concrete portico structures do not act as the dividing walls between homes, but these are instead located at the midpoint of the central bays. The aim is therefore that the portico structures play a central role in the spatial structure of the home. A central area is planned which contains bathrooms, the front of the kitchen and bedroom wardrobes, and is lower than the upper floor of the home. This central area defines a larger space that can be used as a living area, and two smaller spaces that can be used as separate bedrooms. Part of this central area goes up to the roof, to both facilitate the laying of installations and provide them with continuity, and to contain indoor air conditioning and heating equipment.

Development of the UA8 area, Barcelona