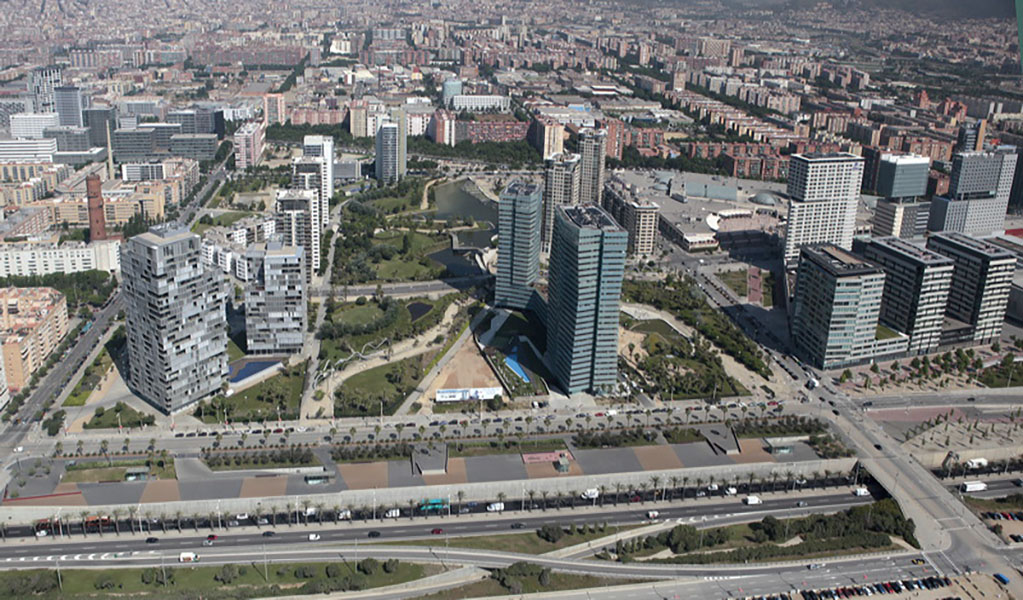 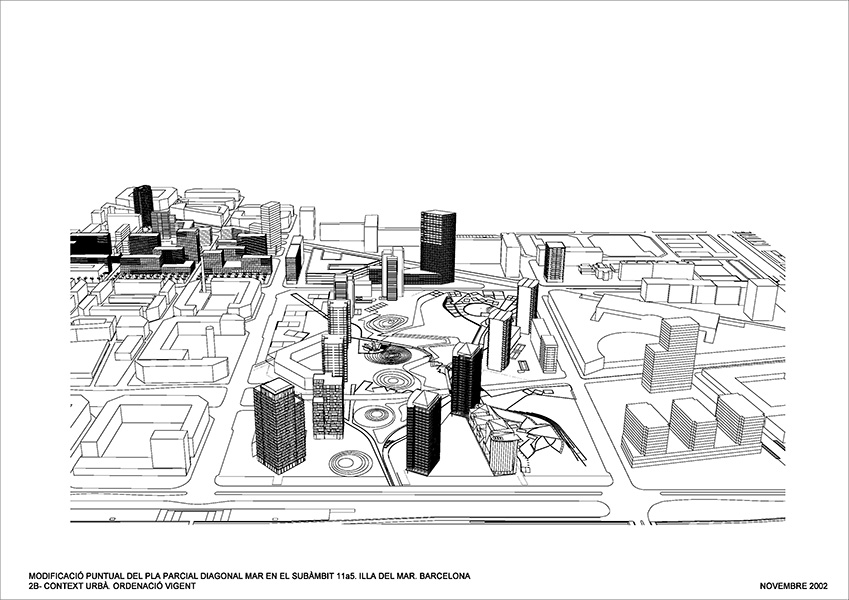 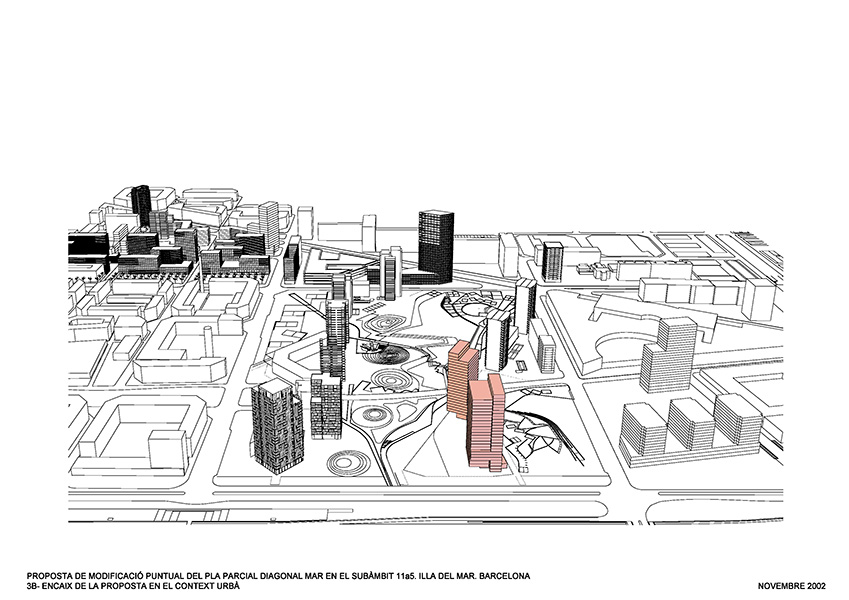 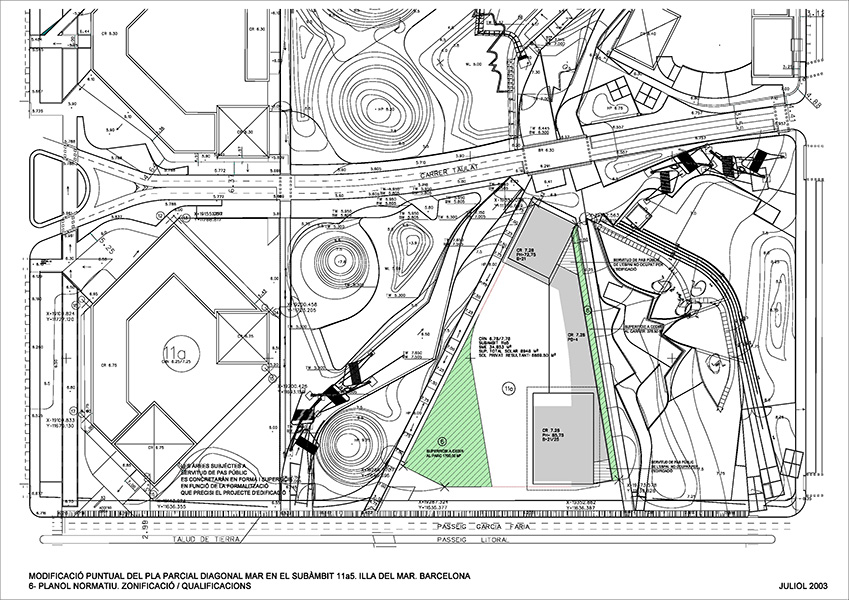 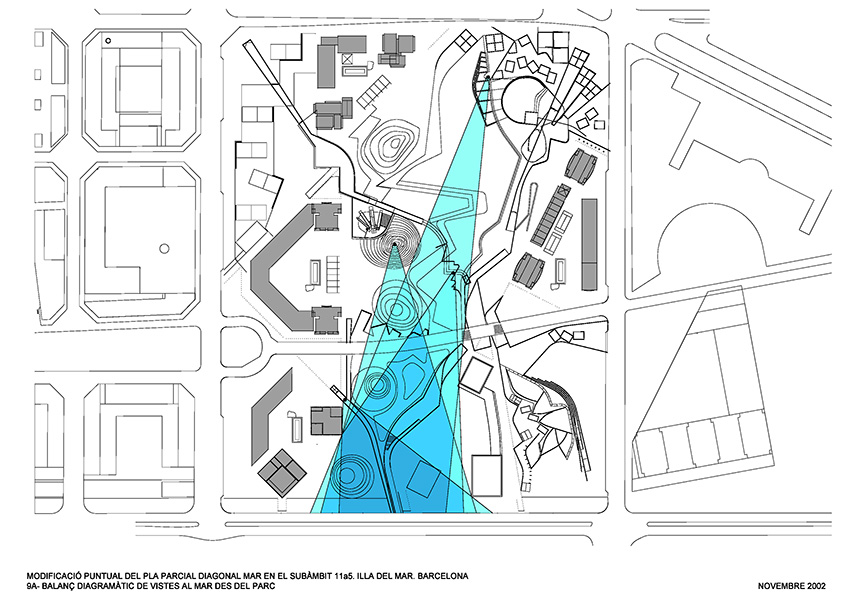 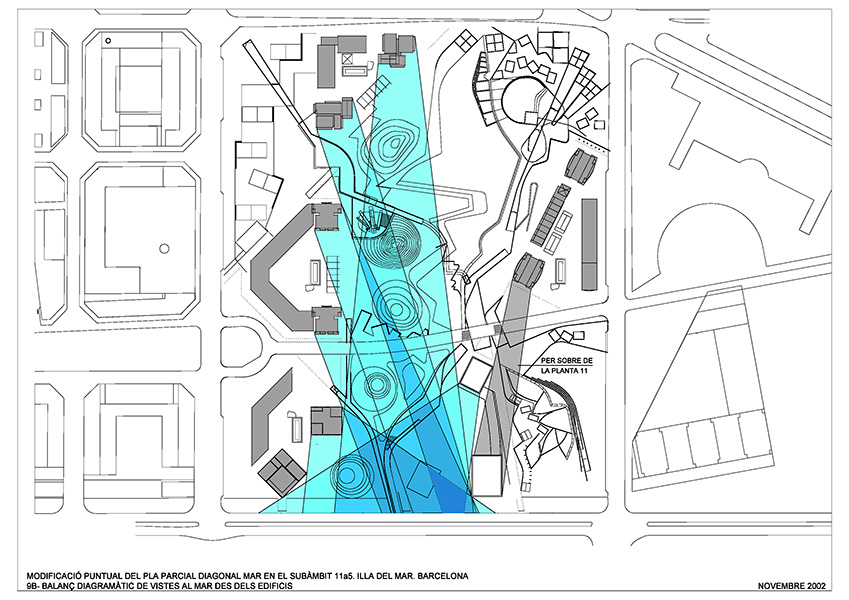 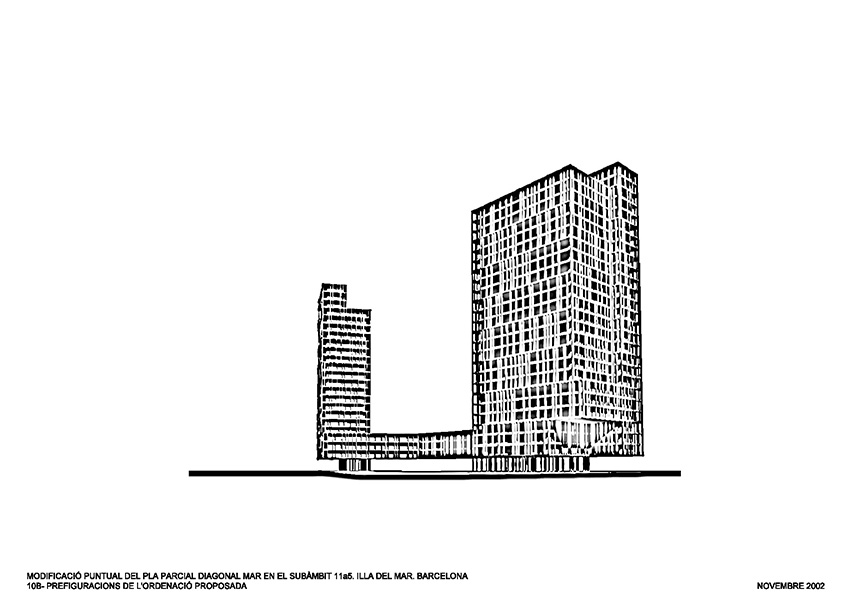 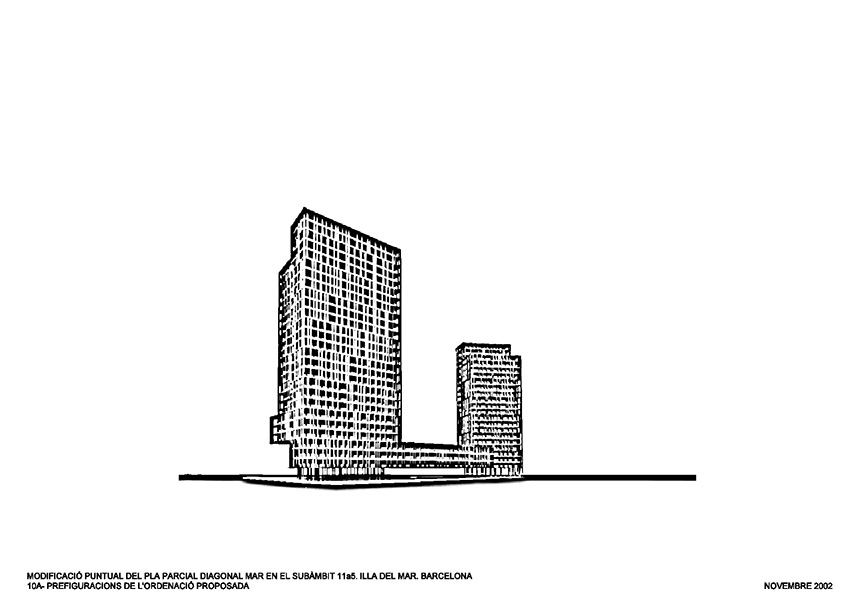 This development does not entail any changes to the provisions of the current Partial Plan in terms of the uses provided for in the sub-area being modified.

The proposed volumetric adjustment aims to improve the physical and visual contact of the Diagonal Mar park with the planned facilities on the coastal strip, and to adapt the volume of the buildings on the seafront to the development of the area’s seafront façade, which is already fully designed and under construction.

The appearance on the built seafront of five equidistant and single-matrix towers in the Front Marítim area and the series of buildings planned for the Diagonal Mar tertiary area, on both sides of the park and the residential area, form singular urban features that frame the park’s arrival at the sea – an arrival that is planned to be flanked by two volumetrically equivalent towers: one provided for by the Partial Plan in sub-area A4 – the Illa de la Llum block, with a ground plan inclined at 45 degrees from the directive for the Garcia Fària seafront avenue, and the one now proposed for sub-area A5 – the Illa del Mar block, aligned with the road. The volumetric interplay of the two towers, despite the distance between them, establishes some degree of openness of the park from the sea, and reciprocally, opens up the views from the park towards the sea.

The most significant adjustments that have been proposed with respect to the initial plan are:

1. Maintenance of the north tower in the alignment perpendicular to Diagonal avenue, in continuity with the towers already built on the Illa del Llac block. This tower maintains the building envelope conditions and the position stipulated in the Partial Plan.

2. Displacement of the south tower located on the seafront, with an alignment perpendicular to Diagonal avenue. This improves the sea views of practically all the houses in the complex which previously had views in this direction.

3. Repositioning of this building on the seafront at the east end of the available site, thereby opening up the sea views. This new tower increases the volume and height to a maximum building envelope similar to that of the south tower in the Illa de la Llum block, with which it is volumetrically related.

4. Construction of a ground floor and four-storey building linking the two towers, aligned with the park’s service road that forms the eastern boundary of the site. This makes up a single built mass, on a scale appropriate to the site, which attempts to overcome the difficulties of the location with a strong volumetric presence. Much of the ground floor of the connecting volume is free, and creates a portico that ensures the visual continuity of the park from one side of the building to the other.

5. The transfer as public land of a plot with an area of 1,032.5 m2 is proposed, and this will be allocated to increasing the area of Diagonal Mar park. The transfer of this piece of land located where the park meets Garcia Fària avenue will increase the park’s connections to the facilities and leisure areas on the coastal strip both visually and physically.