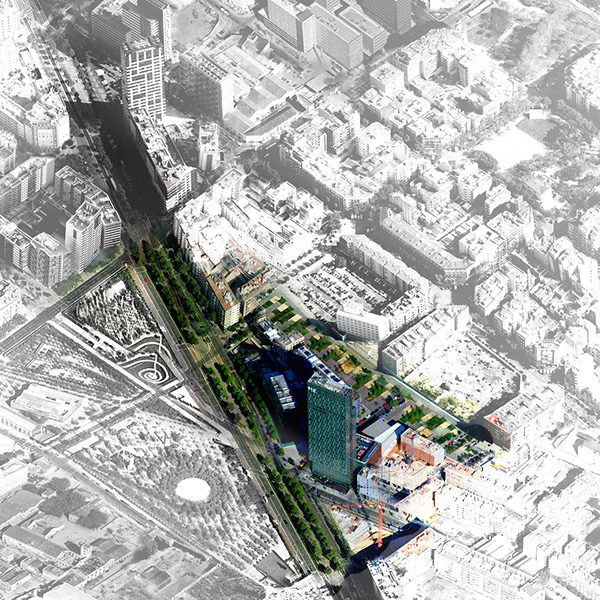 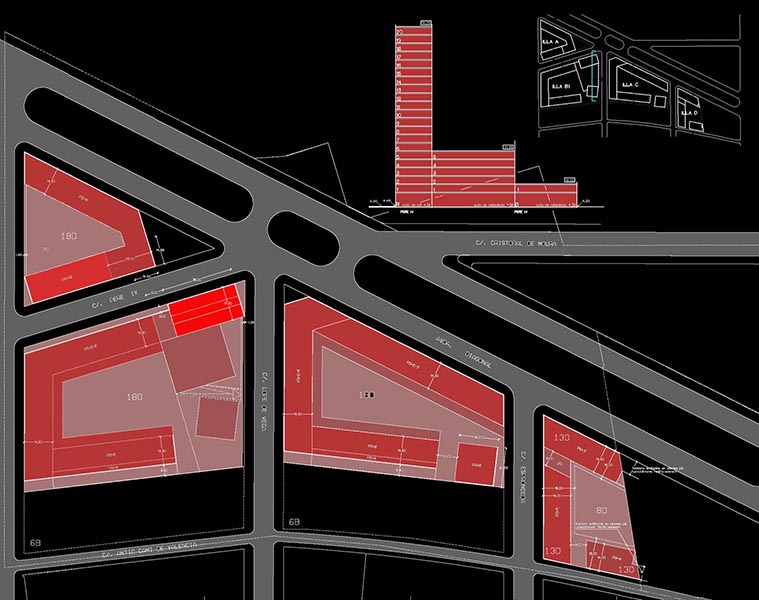 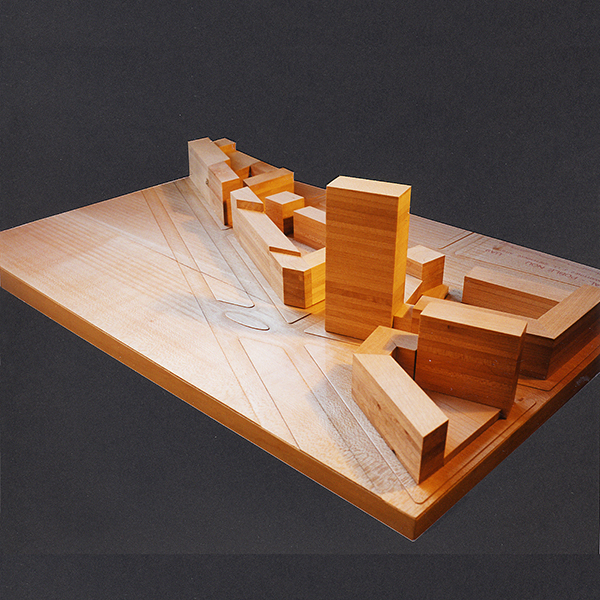 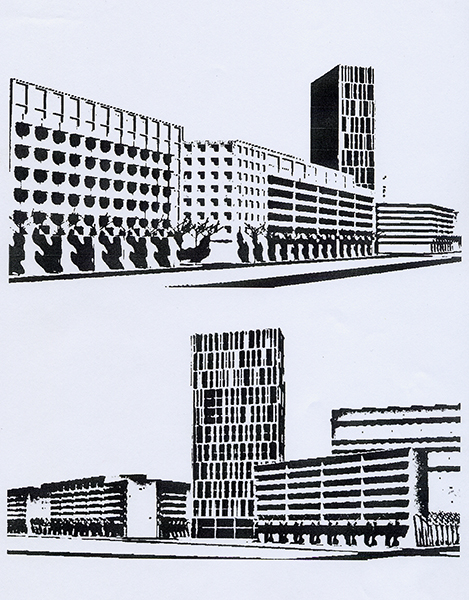 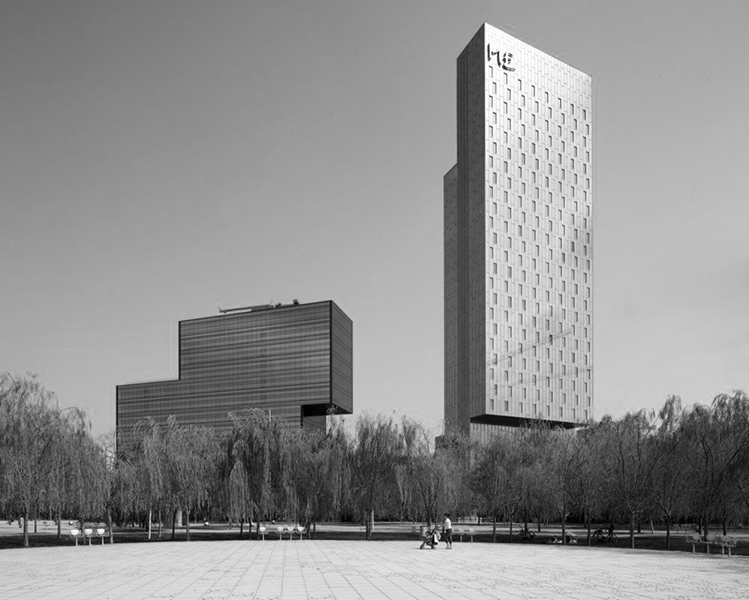 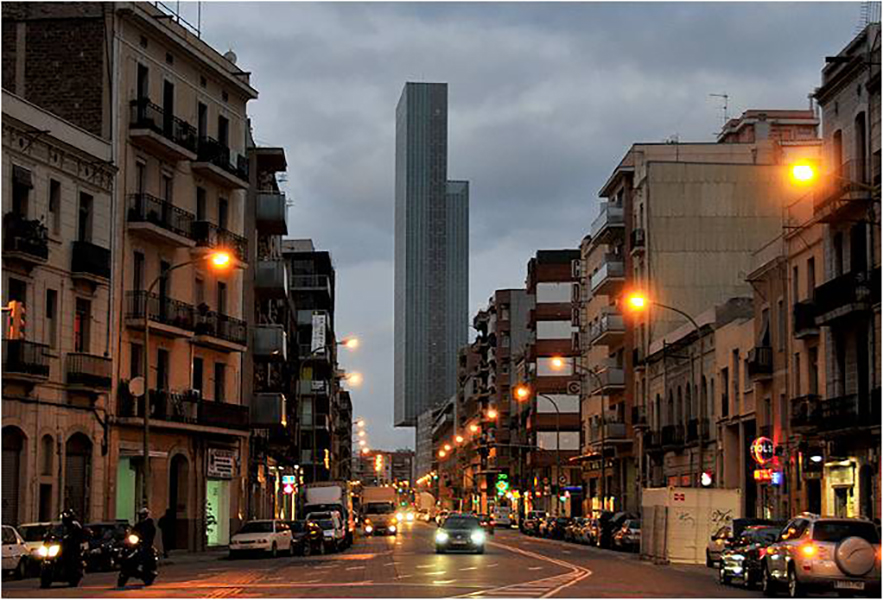 DEVELOPMENT OF THE UA9 SECTOR BARCELONA

This subplanning implements a unit of action with the Diagonal-Poblenou Special Internal Reform Plan, which in 1993 planned the opening of Diagonal avenue from Les Glòries square to the sea, thereby completing the layout planned by Ildefons Cerdà in 1860.

The area to be developed covers the four blocks located at an unusual point on Diagonal avenue, at the junction with Pere IV street, an old street structuring the entire sector, which is approximately halfway between the Les Glòries square and the sea. Pere IV street was designed as a road to Mataró by military engineers in 1763, following the route of the old royal road. For a long time, it was the road from Barcelona to Girona and France. It was also one of the structuring roads for the suburban subdivision of the entire neighbourhood, which has today been superseded by the subdivision arising from the Cerdà Plan.

The proposed development organises open blocks with buildings at the perimeter, with aligned façades and uniform heights adapted to the existing buildings in the most accomplished stretches of Diagonal avenue. The aim of the continuity of the façades is to highlight the unitary nature of the avenue.

The allocation of a high proportion of tertiary floor area (30 % of the total) in the unit of action far exceeds the capacity of the ground floors of the residential buildings. The plan is to concentrate a significant part of this floor area in a tertiary building, characterised by a tower located at the junction of Diagonal avenue with  Pere IV street, slightly behind the façade line of the avenue, which becomes the reference point in this unusual crossroads.

A new residential façade with a highly nuanced volume will be built on the route of the Camí Antic de València, an ancient Roman road that linked the city of Barcino with the Via Augusta Roman road, transformed into a road that contains various community facilities. This will cushion the contact with the public space that is created, and addressed as if it were an interior space.

The four blocks planned are therefore located between this local public space on a domestic scale, and the Central Park of Poblenou, on the other side of the Diagonal, forming a general city system.

Developer: Compensation Board of the Unit of Action 8 of the PERI Diagonal-Poblenou

Building in the Barceloneta district, Barcelona