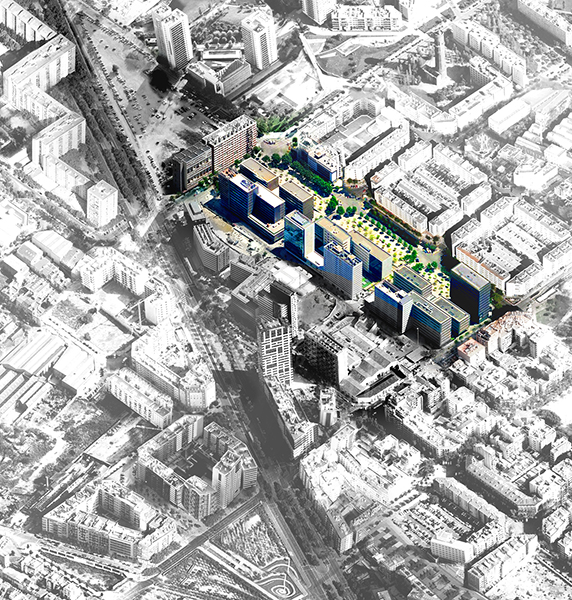 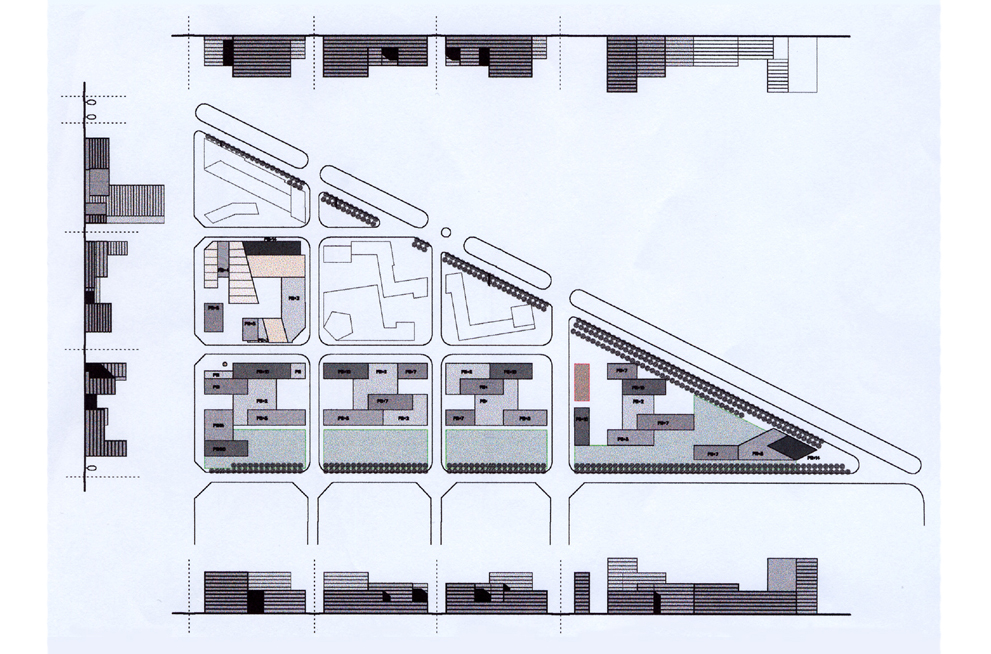 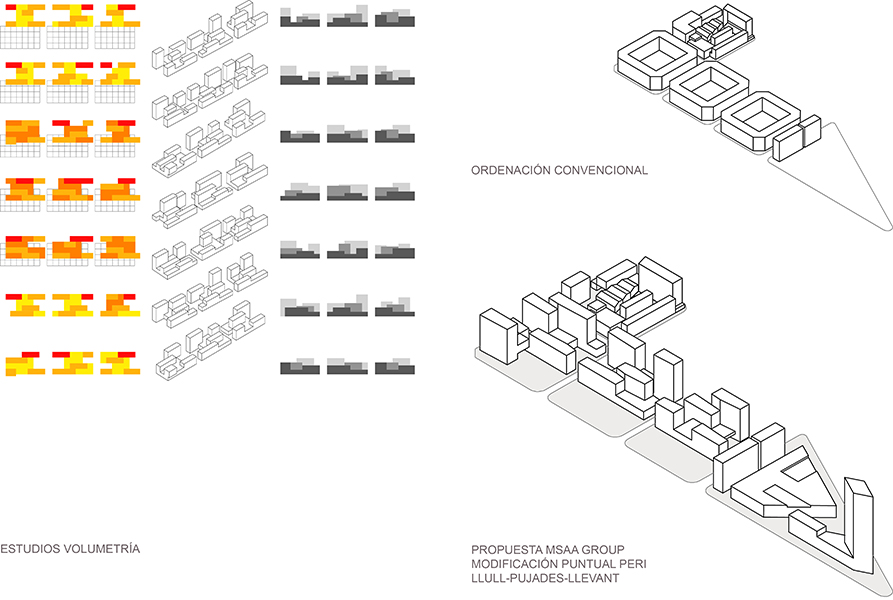 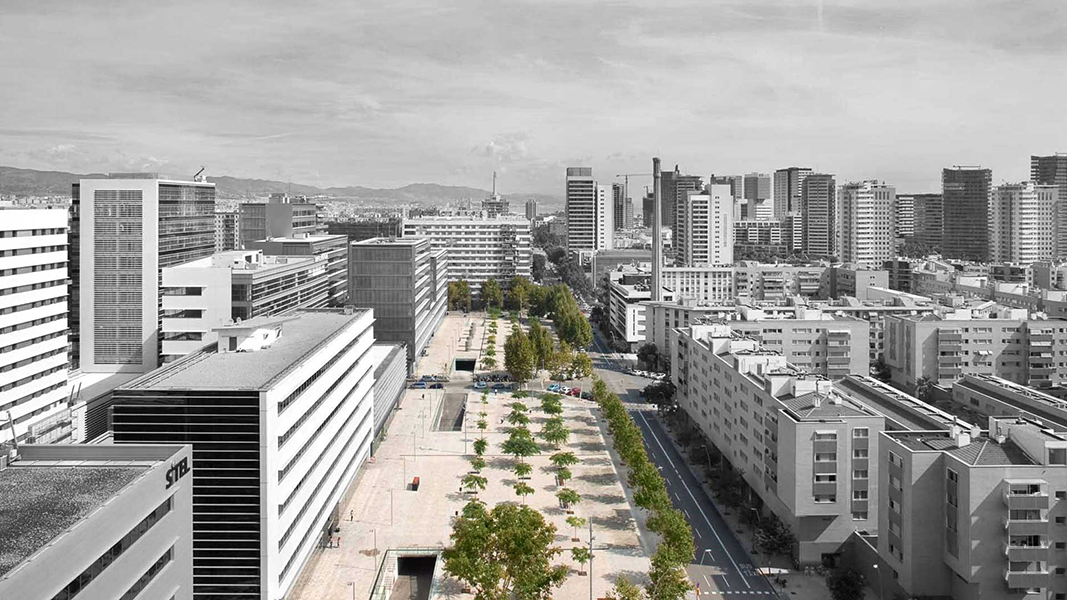 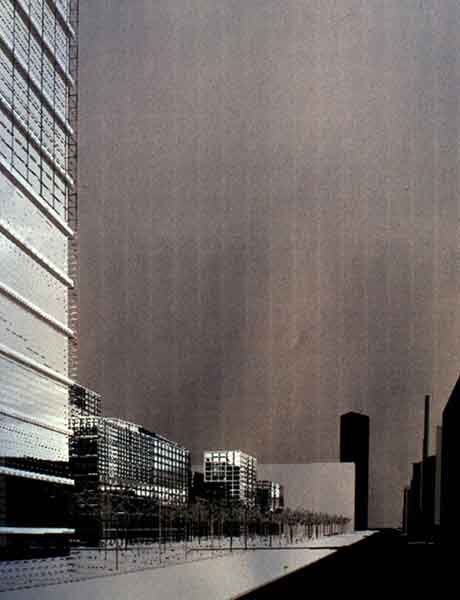 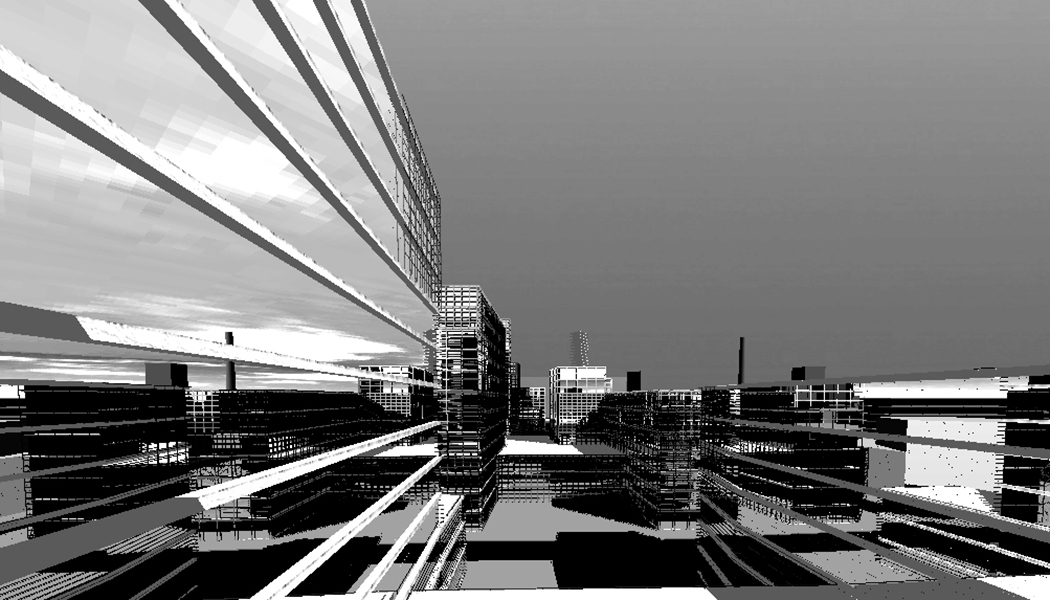 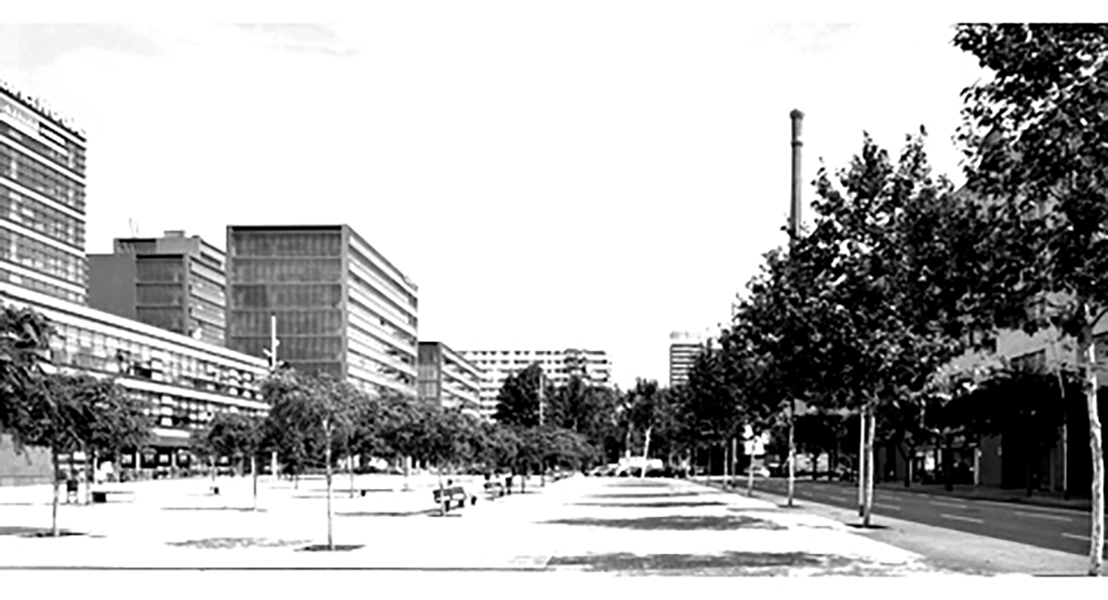 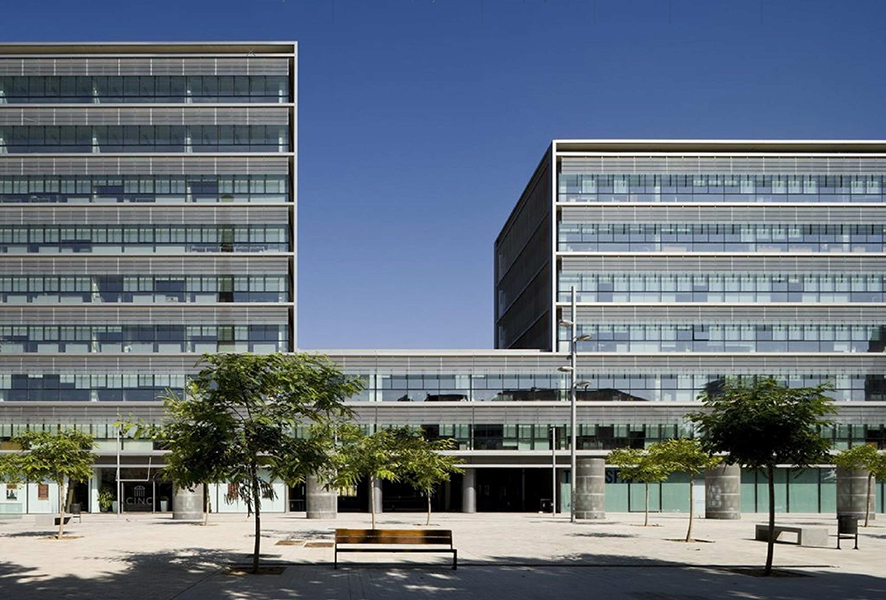 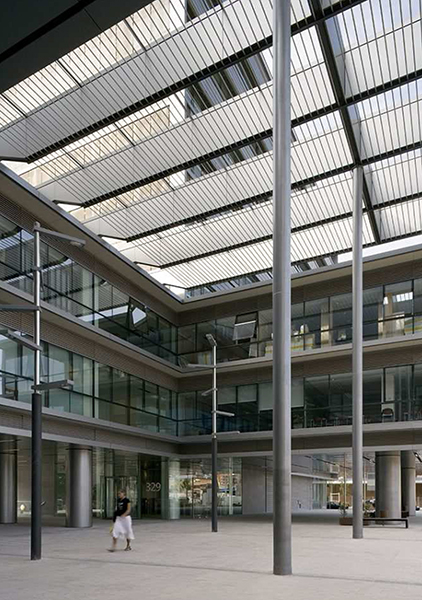 Within the Modification of the General Metropolitan Plan for the renovation of the industrial areas in Poblenou (the 22@ BCN activities district), the Llull-Pujades Llevant sector is one of the six pilot sectors that were developed as a public initiative in order to promote the physical transformation of the area by creating new elements of urban structure. It is therefore one of the six operations that have played a strategic role in creating new dynamics in the sector.

The plan proposes a large-scale unitary development of the three blocks that overlook Llull street, gathering the entire building programme linked to productive activities. This plan frees up a large area along Llull street, which joins the interstitial system of public spaces, between the squares of Poblenou and the parks of Diagonal Mar. The main façade of this space consists of a series of discontinuous shielded buildings of varying heights, between seven and thirteen storeys, which overlap; they are unified on each block by a common three-storey base creating access and manoeuvre courtyards opening onto to the streets running perpendicular to the sea. The buildings, which gradually increase in height, are fragmented in order to open up the views and alleviate the impact of the volume built.

A fourth block houses the 7@ facility, which is located at the point of transition between the area covered by the Diagonal Poblenou Special Interior Regeneration Plan and the area covered by the Diagonal Mar Partial Plan. The proposed tower at the junction of Diagonal avenue and Llull street will relate the system of vertical buildings at Diagonal Mar to the sequence of towers on the south façade of Diagonal avenue.