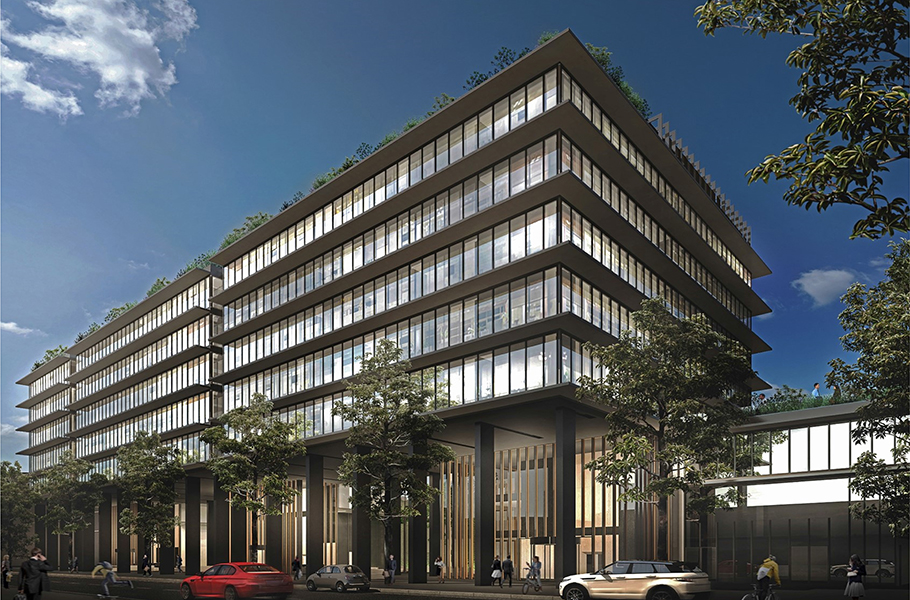 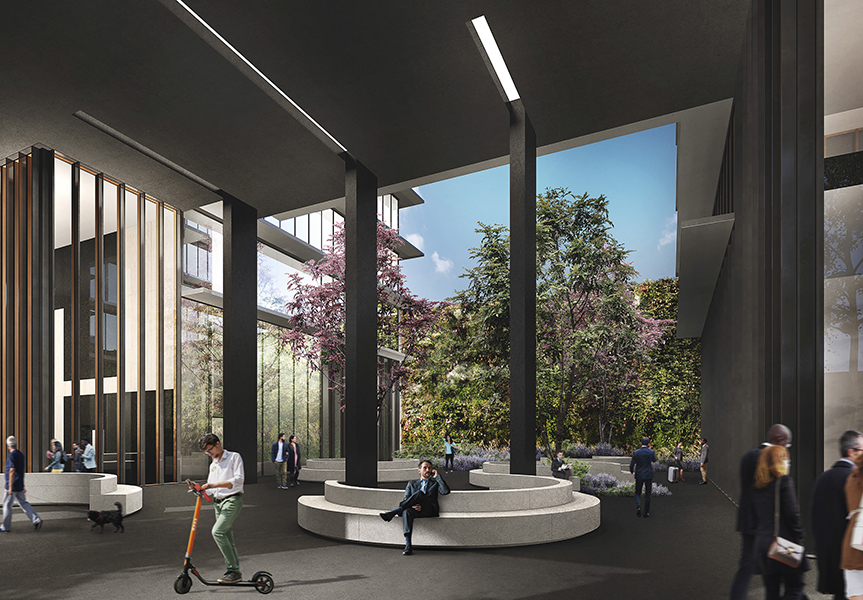 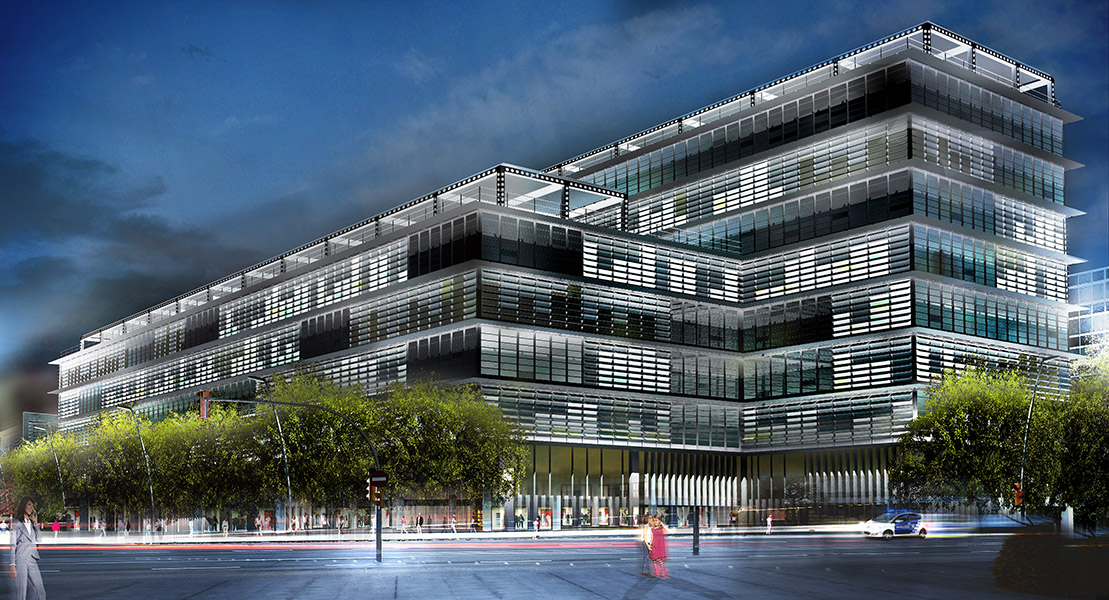 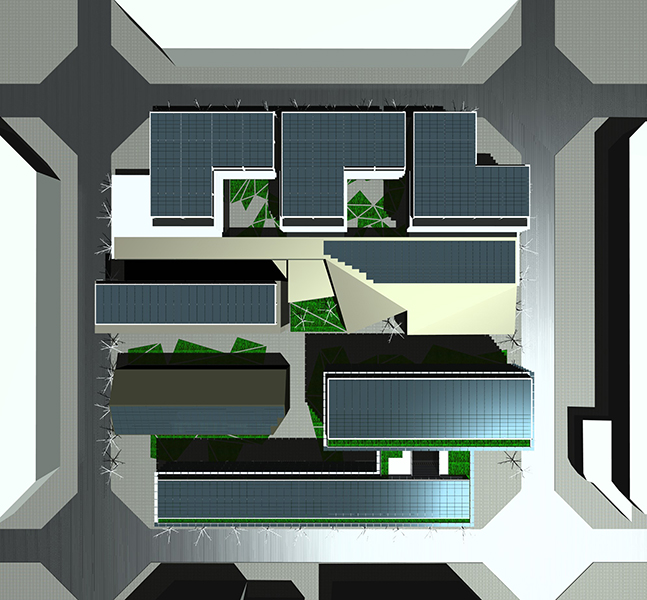 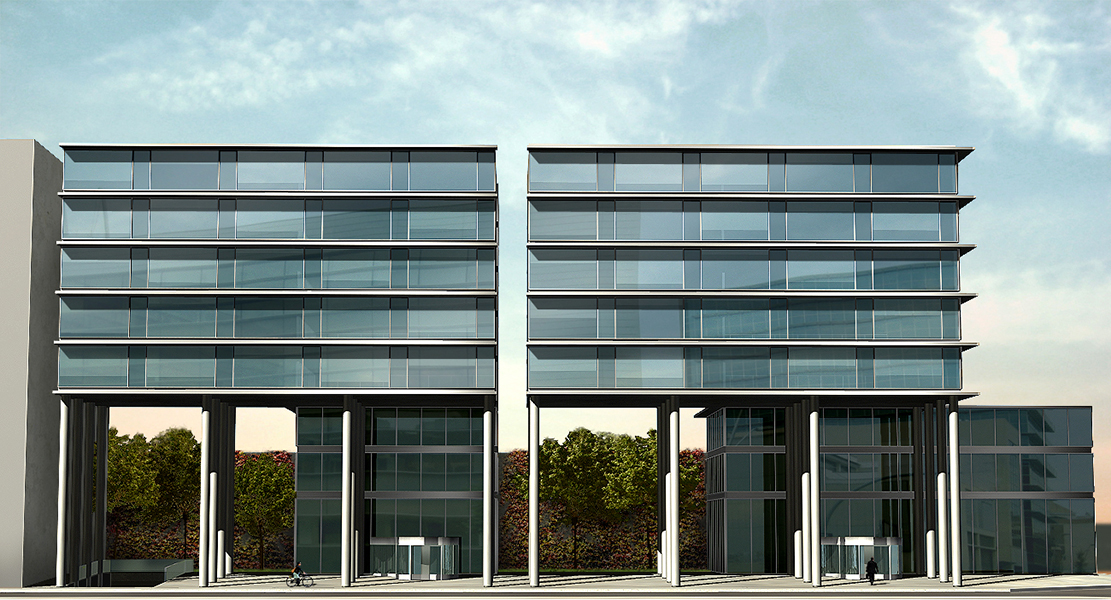 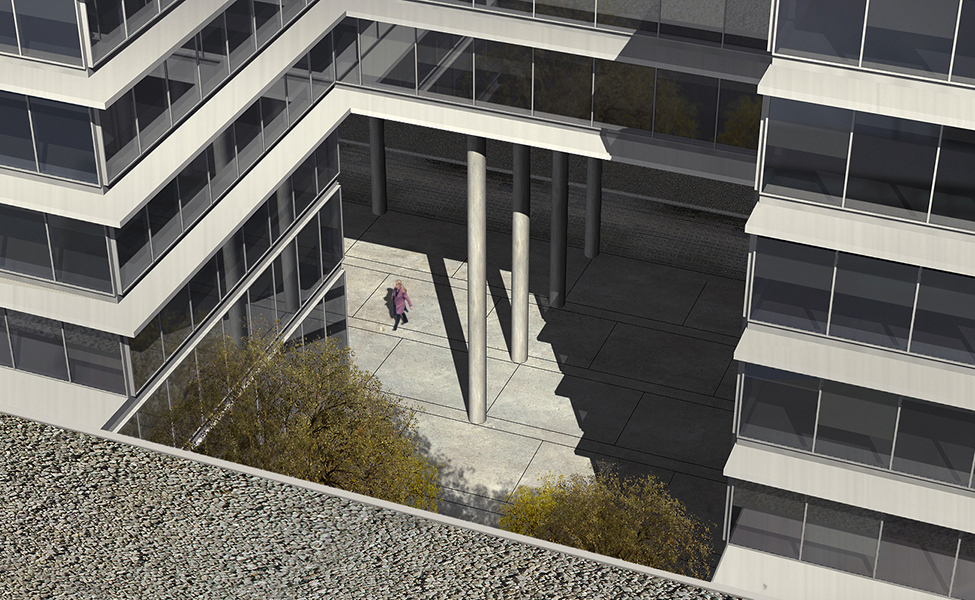 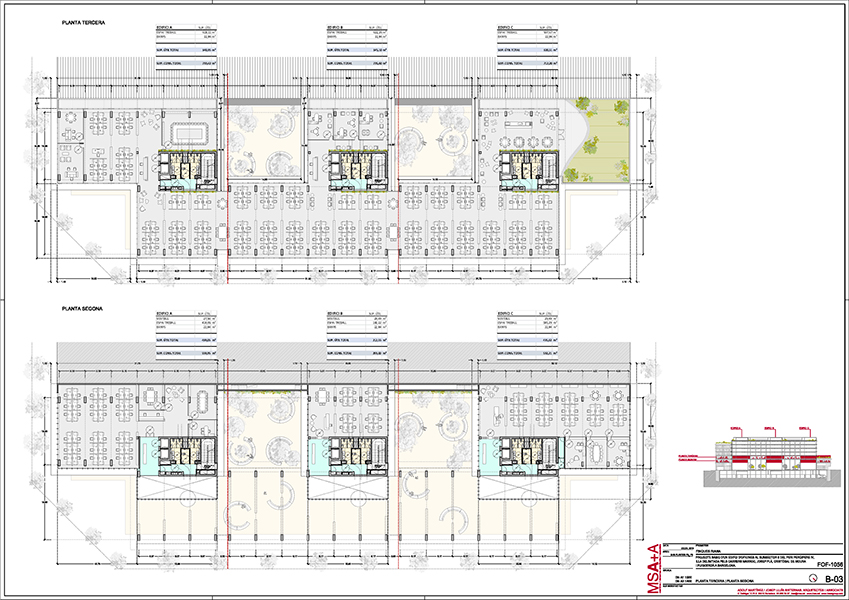 The project, located in the technological district 22@ in the Eixample Cerdà in Barcelona, develops the city’s first energetically self-sufficient block. This self-sufficiency objective determines the very conception of the distribution of volumes, materialised through specific urban planning.

The optimisation of energy consumption and self-generation through multiple renewable production systems, which cover a significant part of the energy demand, results in a set of buildings with an almost perfect energy balance.

The most significant elements of the project are carefully designed from the optimal layout and dimensioning of the constructed volumes, making it possible to achieve the intended goal of energy self-sufficiency: the photovoltaic façade and roof.

The façade is double-layered and equipped with an adjustable shutter system for passive control of radiation and thermal transmittance. The photovoltaic roof consists of 5,300 m2 of cells which are distributed among the pergolas located on the green roof and the façade ledges which, being on each floor, serve to both protect from and capture sun.

The set consists of several office buildings, social housing and technical equipment, with a total roof area of 55,000 m2. A former factory yard is preserved and rehabilitated and will be used for public use.

The project was made possible under an agreement between the Barcelona City Council and private landowners, and it has been drafted in collaboration with the Barcelona Urban Ecology Agency.