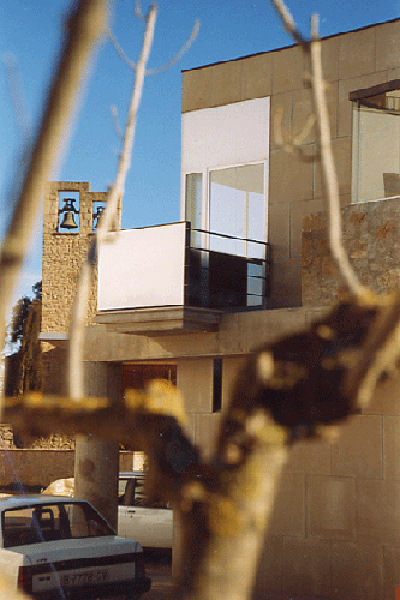 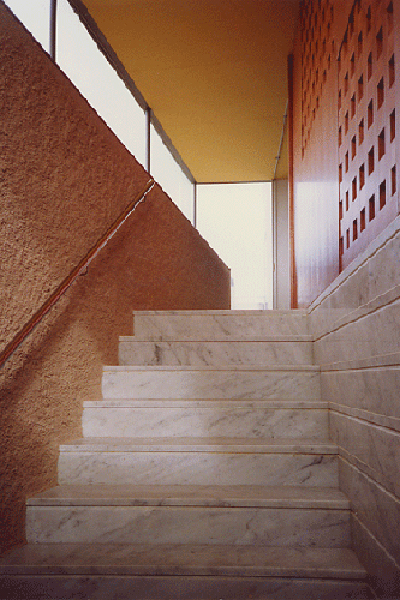 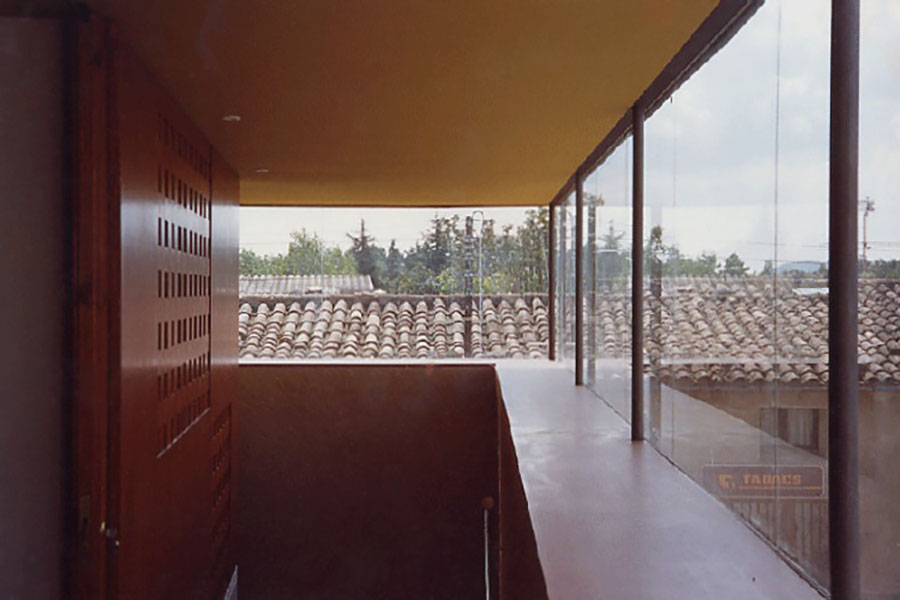 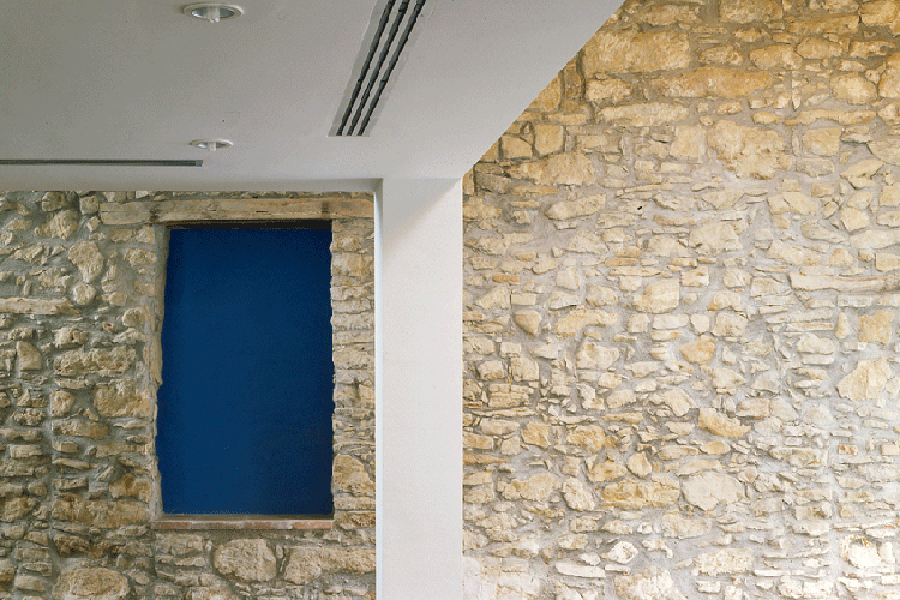 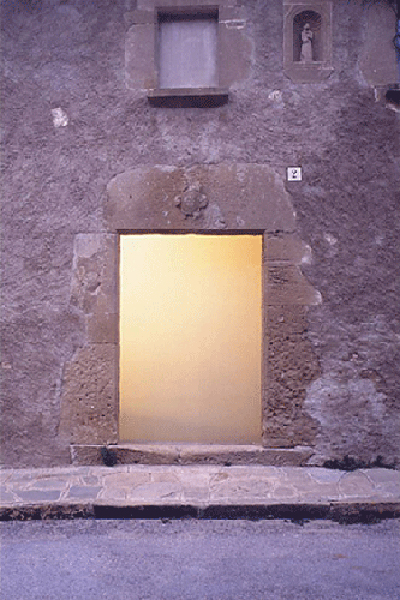 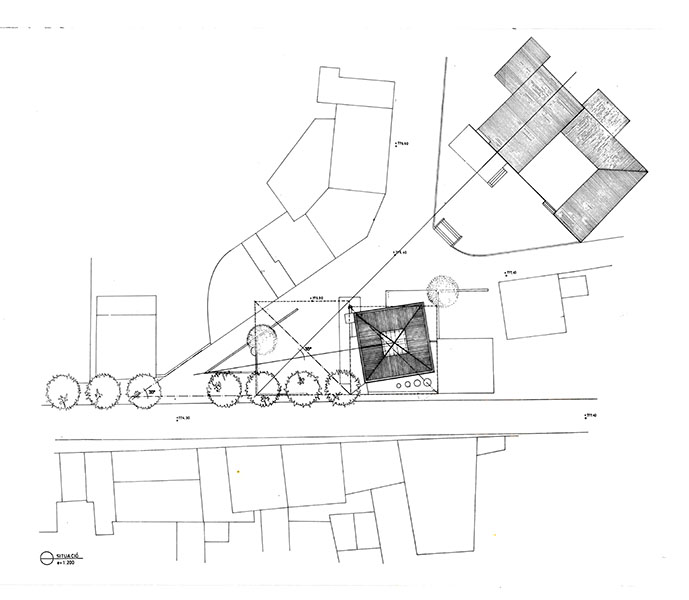 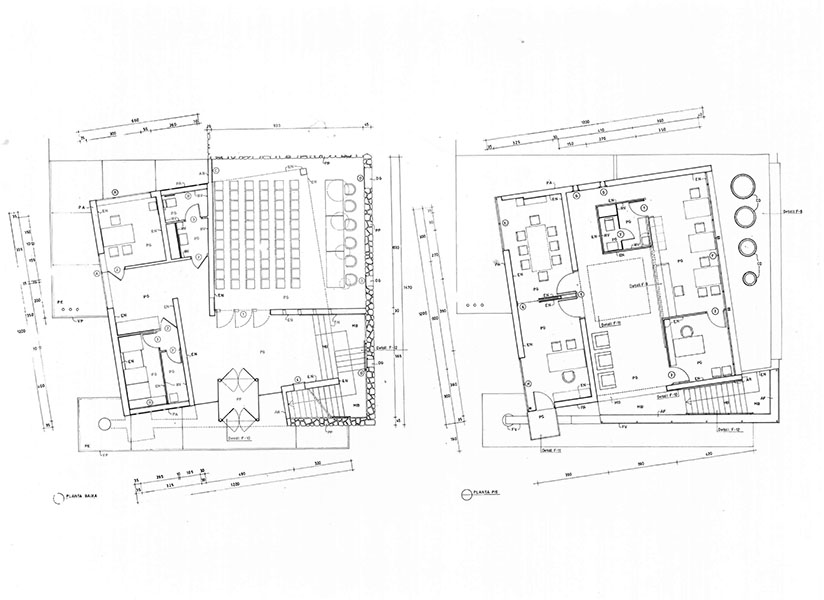 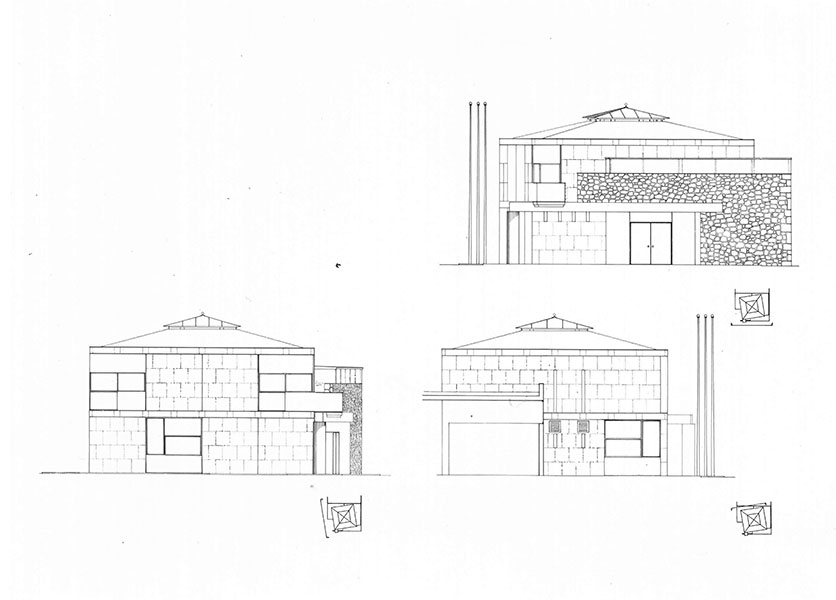 The initial approach to the plan of the new town hall of Castellcir was to reuse and extend a building shared with the local school, which was poorly located and in a poor state of preservation. The alternative of constructing a new public building in a more central location provided an excellent opportunity to reclassify the urban structure of the centre of Castellcir. We proposed that the Town Council should purchase the property known as Cal Carreter, which was uninhabited and almost in ruins. The building, with its main frontage on Major street, had a blind façade over the Era square, and a rear enclosed area blighted by various outbuildings and sheds in the Església square. The location of a new public building straddling the town’s two most important open spaces was a unique opportunity to reconfigure the area and enhance it.

The projected building establishes a new relationship between the two squares, with an irregular plan, and redefines their connection by means of its layout. The redevelopment proposal for the Era square completed the regeneration of this area of the old town of Castellcir.

The main body of the new building is a prismatic volume with a square floor plan of twelve meters on each side, with two storeys and a hipped roof. Following the line bisecting the Era square, it falls within the area bounded by the enclosures of the old building that have been preserved, and opens up views of the church bell tower from Major street.

The interplay of spatial tensions created by the contrast between the geometry of the façades that have been preserved and the new main body, between the old part and the new part, is the main theme of the planned building. The interstitial spaces between the old enclosure and the new volume, incorporated into the interior space, contain the staircase and the double-height section of the meeting room. In addition, the geometries of the balcony, which is symbolically linked to the mayor’s office, and the entrance porch, stand in contrast with those of the systems which they are related to.