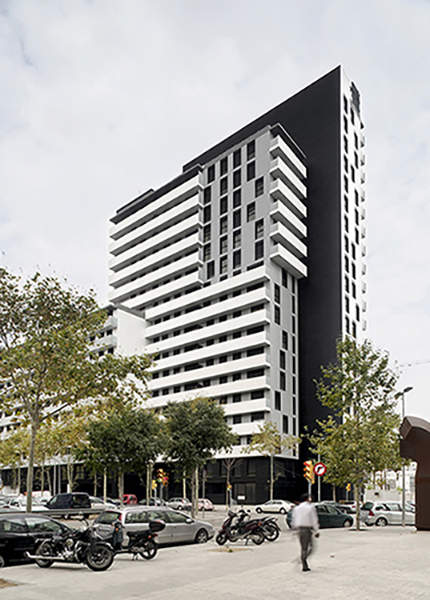 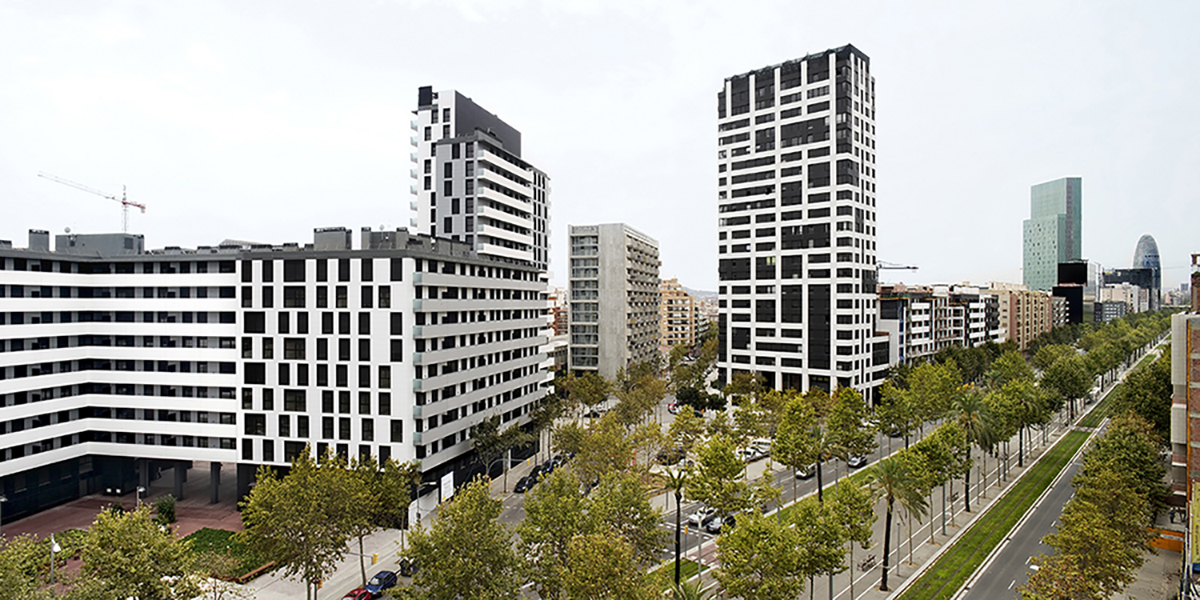 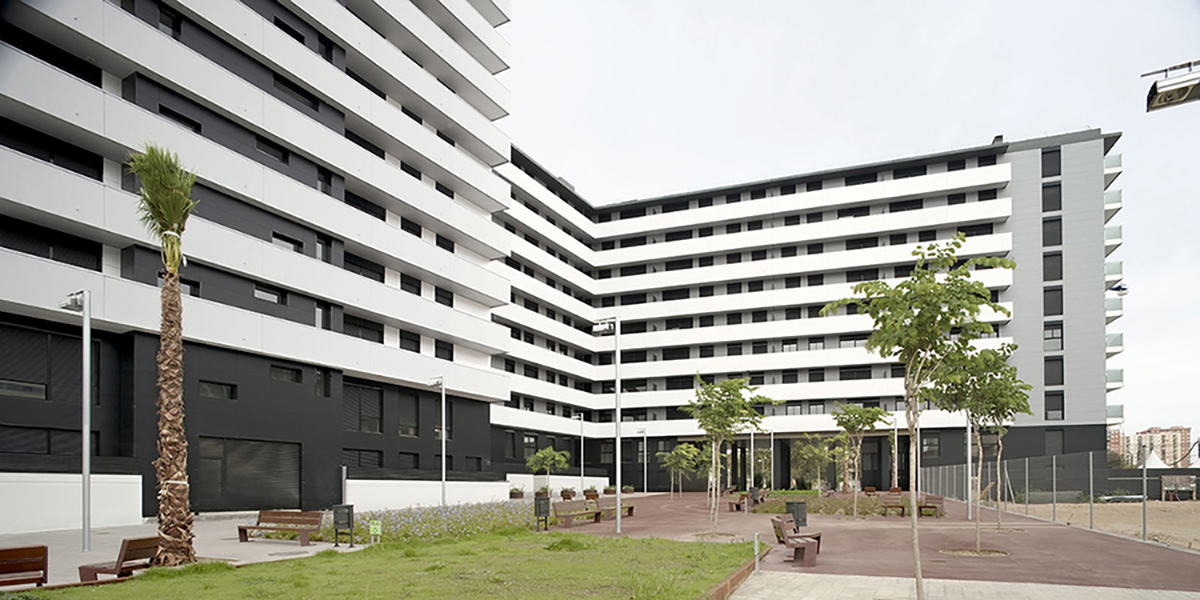 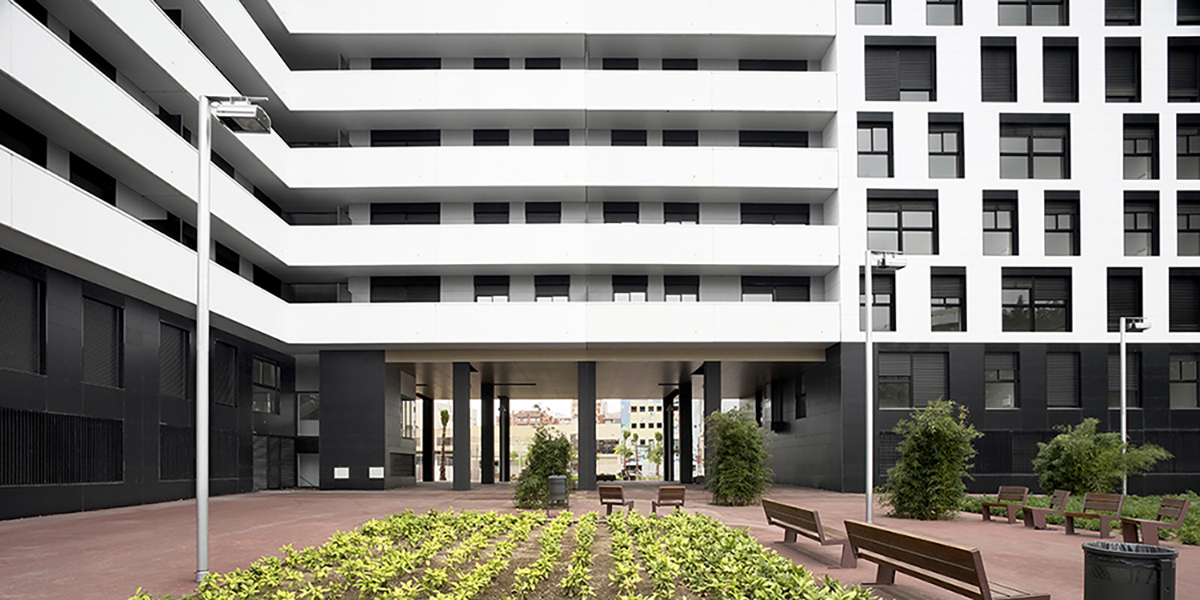 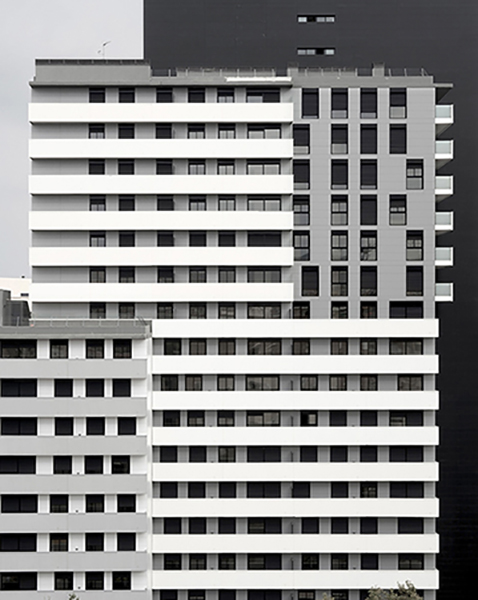 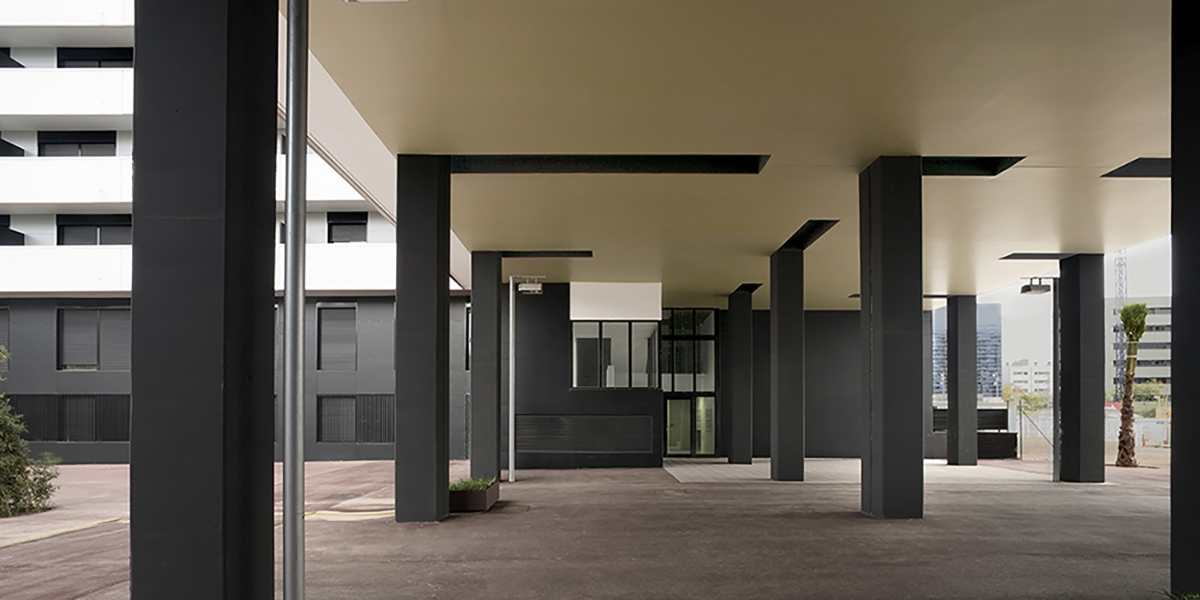 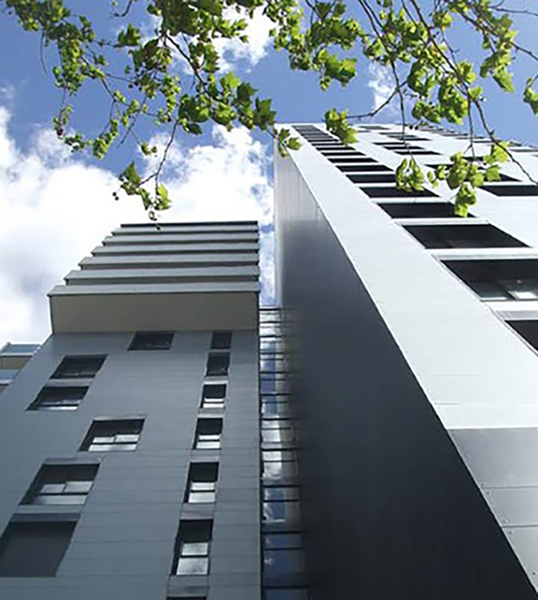 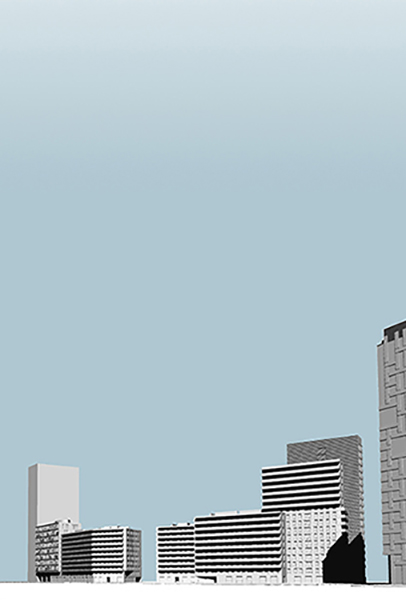 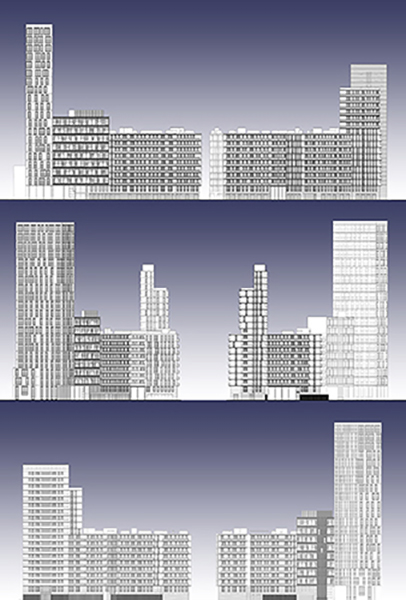 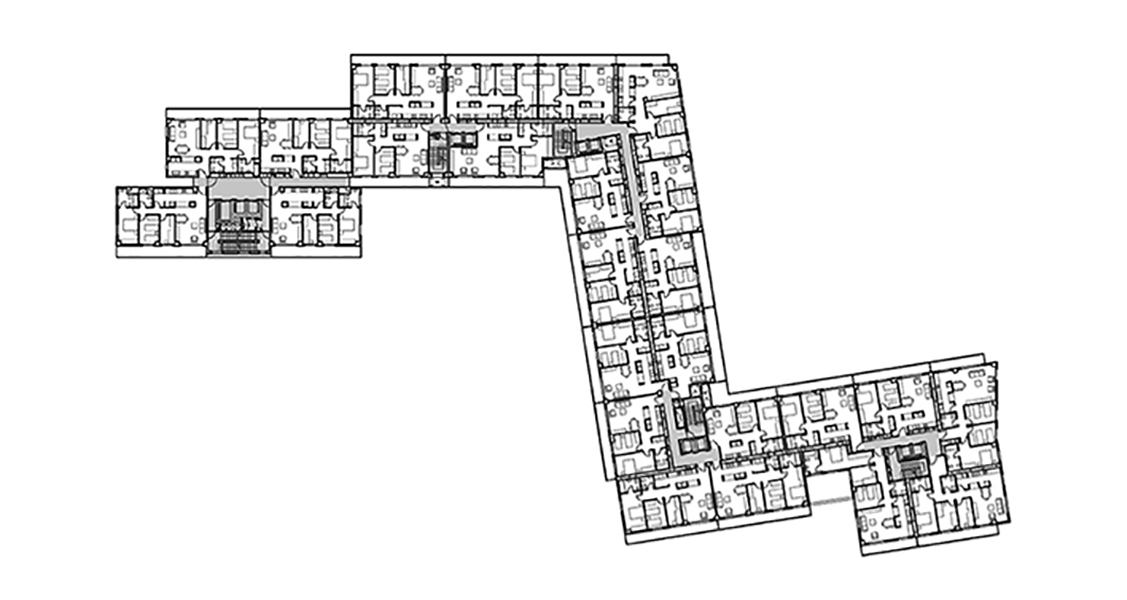 The set UA13 is planned to be a folded, thick, nuanced, and varied block, developed primarily over one ground and nine floors. This linear and continuous configuration of the front of the Diagonal avenue along two blocks, between the streets of Fluvià and Selva de Mar, singles out the scale of the intervention and relates it to other pieces that are of remarkable dimension and which characterise this sector of the city.

The building is misaligned at the front of the Diagonal, taking advantage of the breakage of the avenue’s north façade. The fold and loss of alignment of the buildings allow a widening of the open width in the avenue section, giving access to light and sun that would otherwise be impossible to have with its usual section.

Public green spaces, which the planning expects to be located inside the blocks that are almost closed by the perimeter constructions, are incorporated into the pedestrian routes that cross the constructed rim, producing a sequence of open spaces that are qualified by the various episodes in the construction. The porches give access to both blocks and ensure the continuity of the open, public spaces.

In the corner of Fluvià street, the building increases its height to ground floor and sixteen floors, and eventually from ground floor and nineteen floors, volumes relating to the nearby UA10 tower, which is 86 m in height, and the social housing building located across the street. The growth in height is produced by the stratification of the strip for housing and shapes the façade to the Diagonal avenue as a front made of overlapping planes.

The building is organised in sections of central corridor of different lengths, accessible from stairway and lift areas. These corridors provide access to the housing areas that occur on both sides, facing one or another façade. These homes – whose surface areas are small, and have one, two or three bedrooms – respond largely to a single type and always occupy the same thick build. In the sections of the block that have access from the central corridor, the thickness increases helping to give the floor a more vivid appearance, which is embodied in the perception of a certain decomposition of the total built volume in pieces that are scaled more appropriately for close readings.

A unitary approach to the entire façade is proposed, resolved with a system of balcony windows and blind façade sides made with dry-built ventilated façade technology. On this tense façade, a system of cantilevered terraces with prefabricated concrete railings is planned.