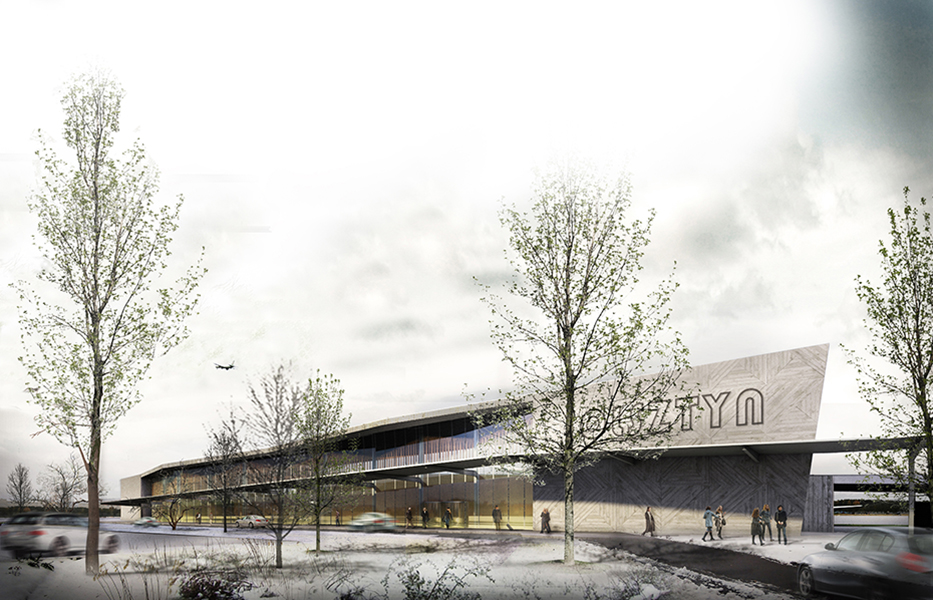 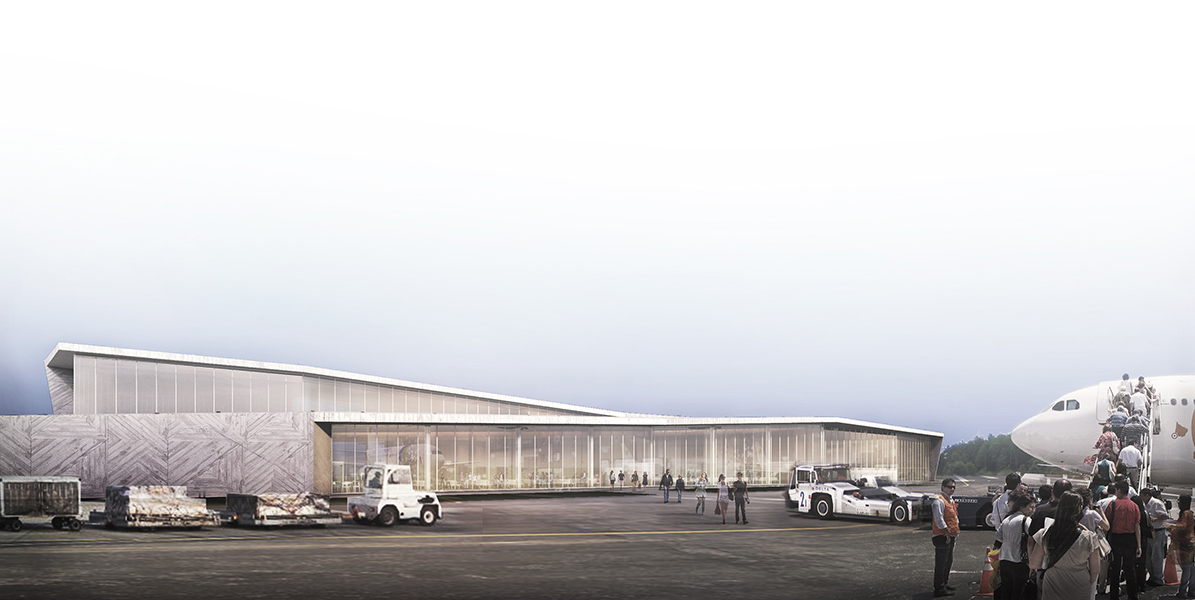 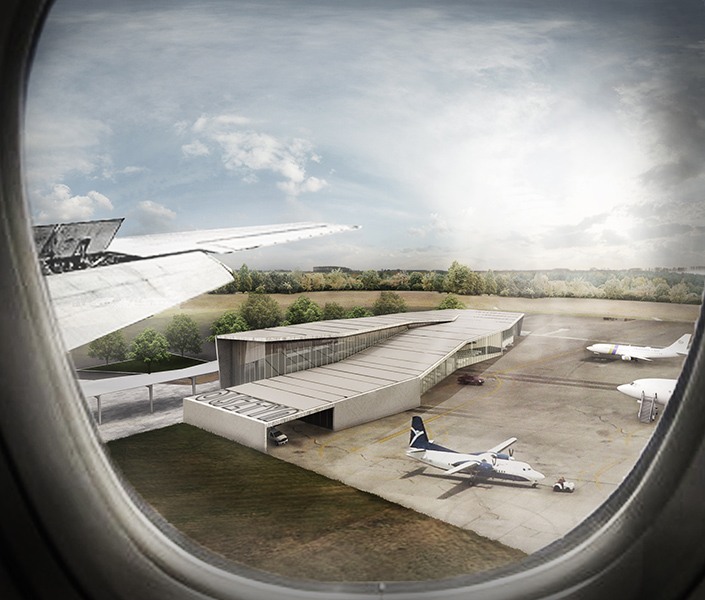 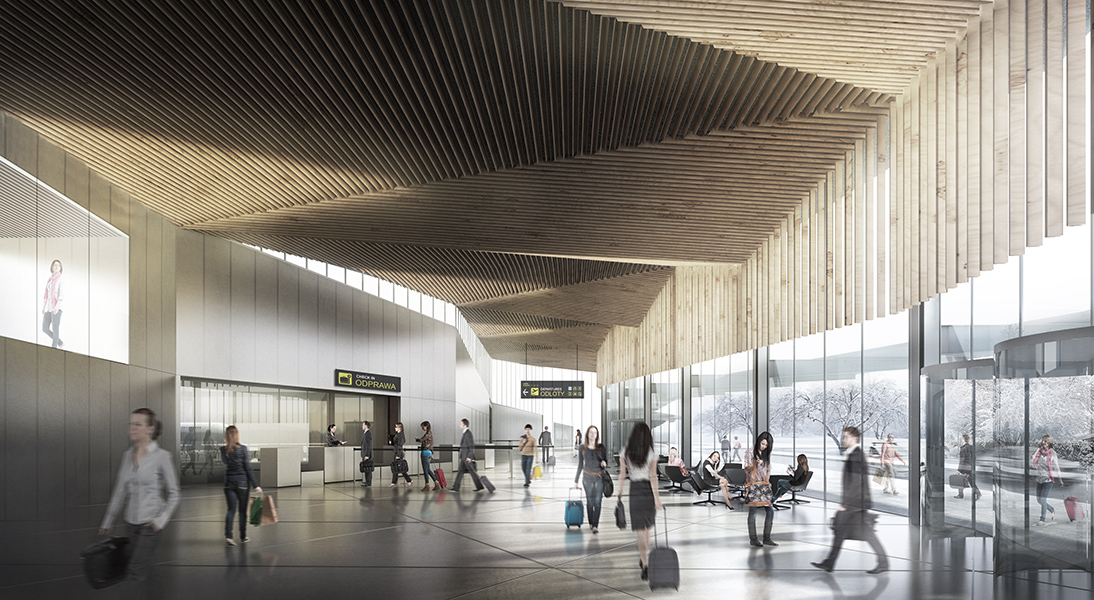 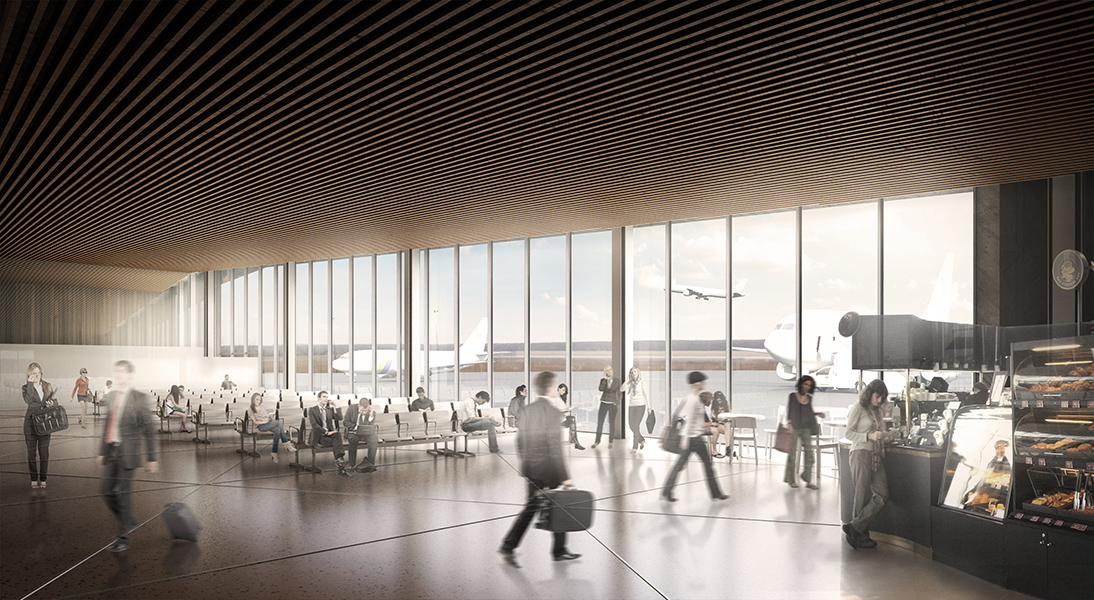 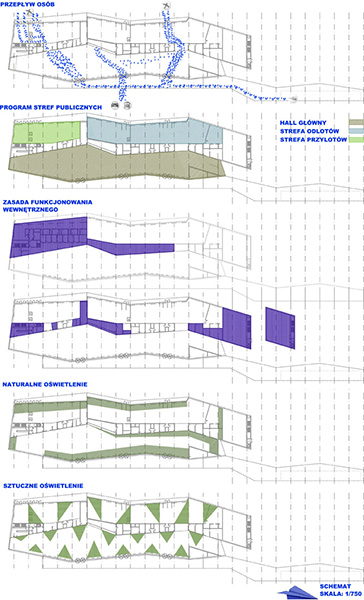 The Olsztyn-Masuria airport is inserted in such a clean, peaceful and clear manner into the friendly landscape that surrounds it as a meadow in the woods, more similar to the former image of an airfield than the modern idea of ​​an airport-artefact. The terminal building for passengers requires a sensitive approach, being attentive to it: an integration effort, rather than a show of force of technology.

No current airport building can be understood without addressing the mechanics of the movement of persons and packages, to the flows, and the times. But perhaps the attention given to the place and the intelligibility of the building, separated from the mechanics it houses, are what architecture can offer to an airport terminal like the one that is being proposed in this tender.

We propose a building that allows passengers to gain its space, materials and light; one that invites to value that interior which one momentarily makes theirs. A building that shows and suggests the nature where it is inserted, that retrieves and transmits the calm of its surroundings, beyond the urgency of the boarding or baggage collection sequences.

We propose, therefore, a building that, following the path that its functional logic requires, is first of all a volumetric and formal response to its site.

The terminal cover is formed from an array of naturalistic tracing of the ground plane, which folds up upon itself following the loop of passengers’ movements. From that upward deployment, an intermediate façade that captures natural light and opens to the sky is generated, which also separates access and check-in as well as boarding and arrivals spaces.