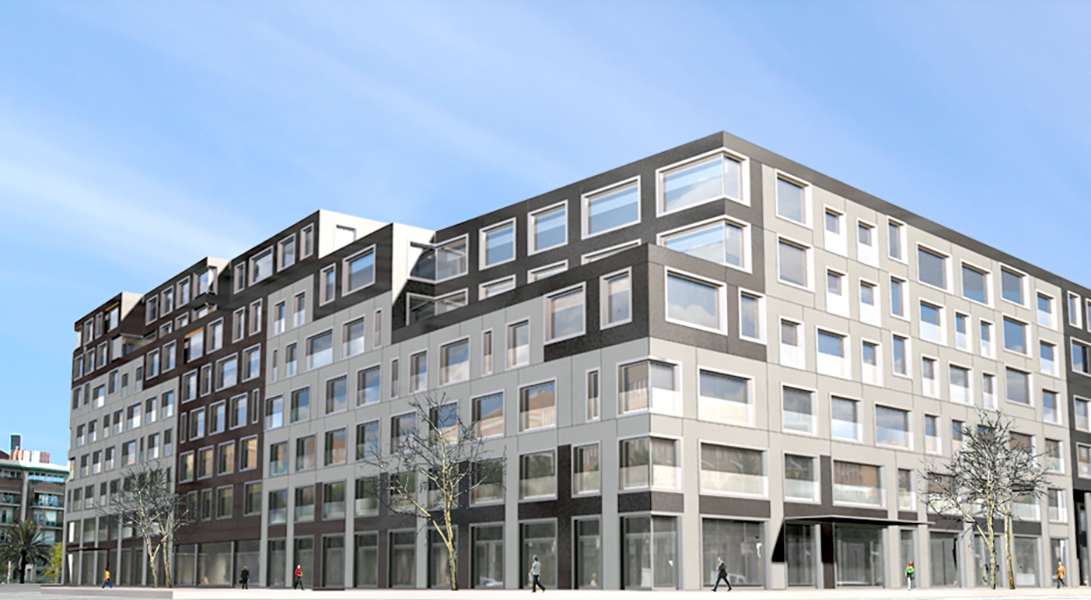 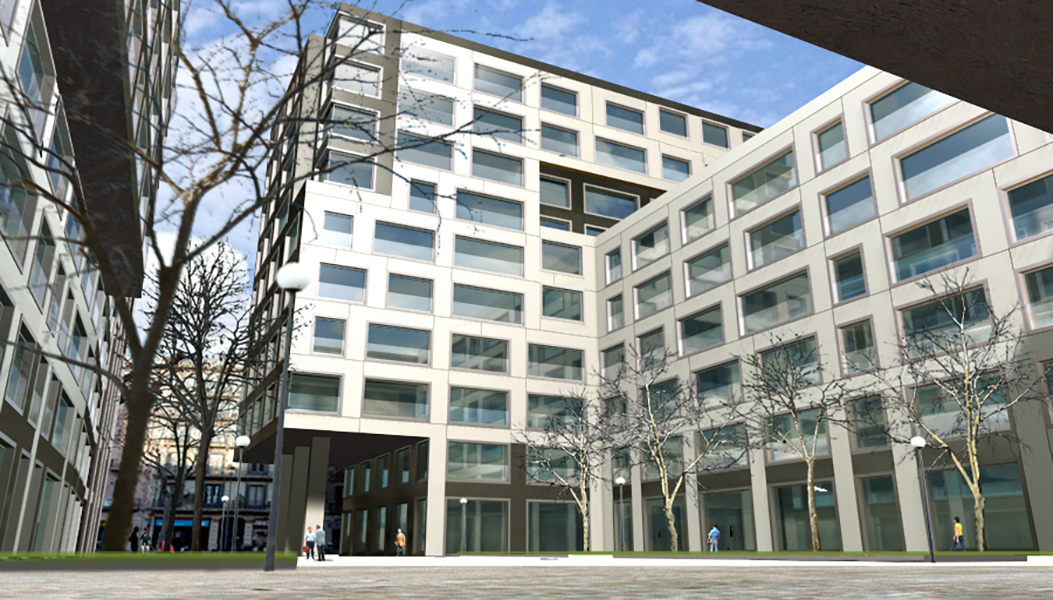 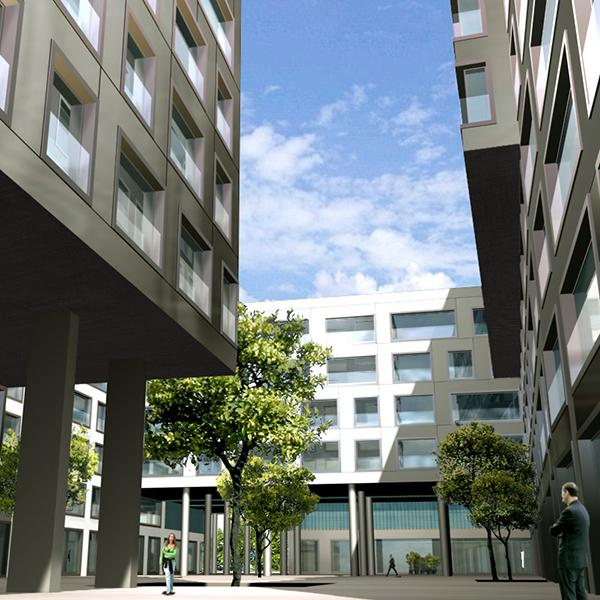 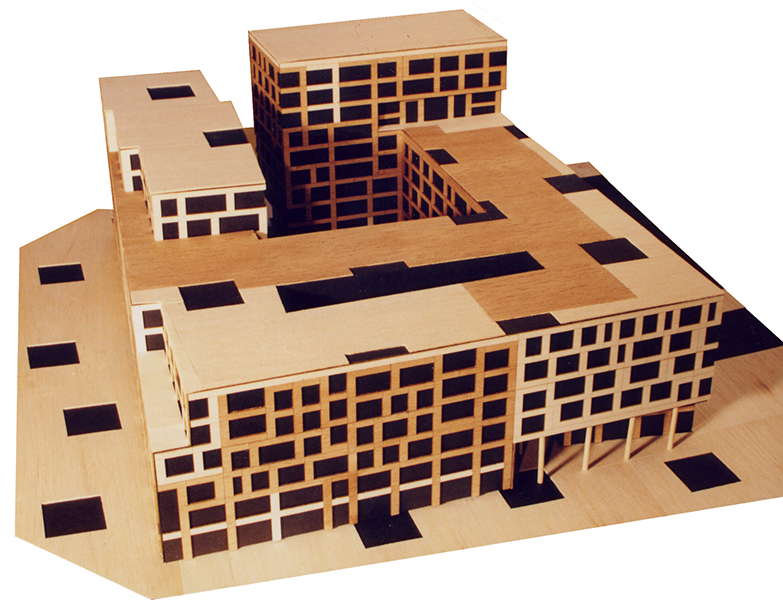 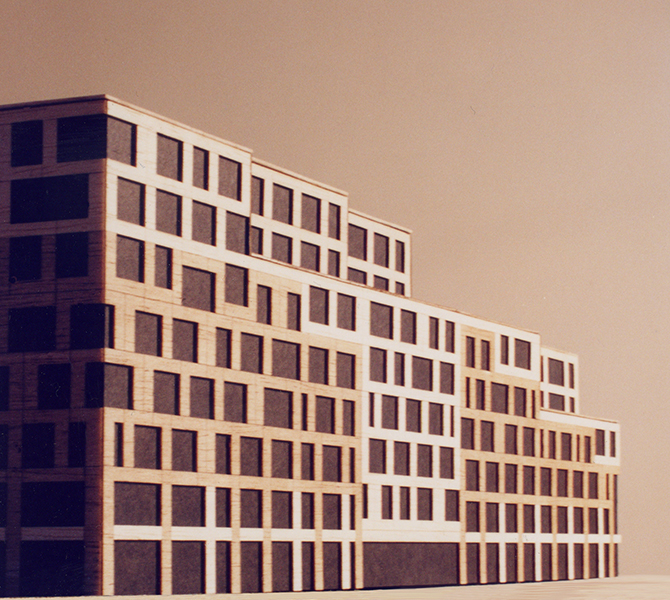 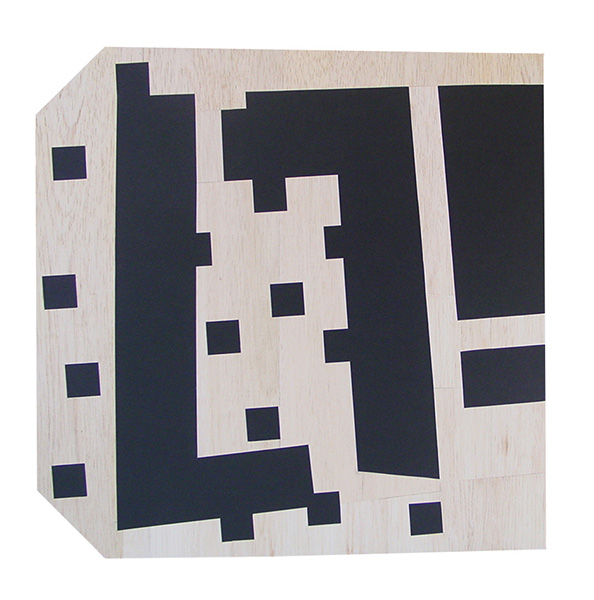 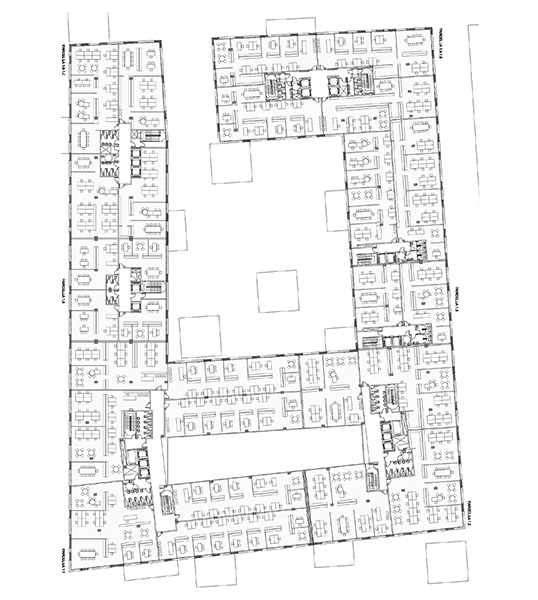 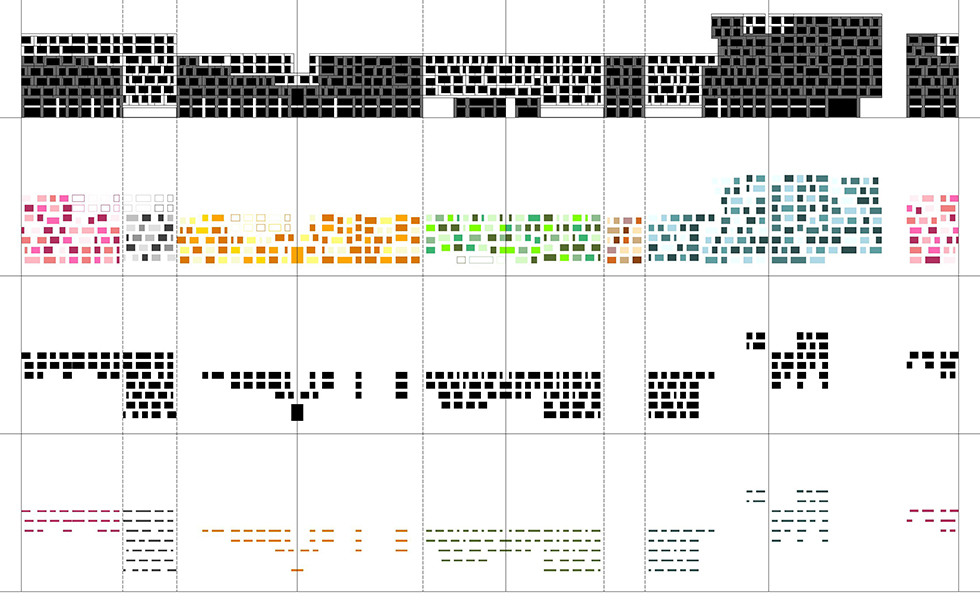 In 2006 we were invited to participate in the restricted tender organised by the Administrative Cooperation Association of Action Unit No. 1 of the Parc Central Sector, in order to undertake the plan for project unit 1, which had an area of 7,982.20 m² and a building capacity above ground level of 37,313.40 m² of floor area.

The planning for the sector was defined by the Special Internal Reform Plan of the Parc Central area, approved in 2001, and drafted on the basis of a distorted version of the proposal by Manuel de Solà-Morales to rearrange this area of the 22@ District. This proposal highlighted the existing tensions between the old plots of land in the Poblenou district and those imposed by the Cerdà Plan, superimposing the expression arising from the conflicts between empty and full spaces, and between new architecture and existing buildings. Interesting interpenetrations were created between the empty space, which crossed the built complex in the sector, and the built space, which invaded the free space that would later form the Parc Central, with blurred boundaries, and establishing a legible urban structure, an ambiguous and permeable urban fabric, based on a series of continuous spaces. The Special Plan did not recognise these values, and stipulated zoning in four buildable blocks and the triangle with a façade overlooking Diagonal avenue, where Jean Nouvel would undertake his Parc Central plan, which was a detrimental urban development for the city.

What the planning did retain from the initial proposal, at least partially, was the definition of macroplots as units for transformation, initiative and planning. These macroplots could be subdivided according to the ownership of the land in order to create buildings with varying degrees of intensity and layouts, with varying commitments to obtaining some uniformity of image. Our plan was divided into nine properties which came from nine different developers. The plan drafted was based on the desire to incorporate the conflicts arising from the structure of the ownership of the property and the characteristics of the promotion of each building into the unitary treatment and the consistency of the macro-plot that foreshadowed the planning. Our plan was based on this idea, and won the tender.

The building was designed as a compact block with central courtyards which created an interior space in the block, which was privately owned and available for public use during the opening hours of the complex, and conceived in terms of a continuation of the external green spaces, which provided cross-directional routes and a link to the Parc Central.

The conception of the building was both quite unitary, with the same geometric language used for the entire complex, and varied, with the alternating formats and positions of the windows ensuring a complex and lively reading of the building as a whole. Different materials were used for the façade section to individualise and identify each building, without affecting the coherence of the unit as a whole. The treatment of the visible base, which ranged between the first and second storey levels, the strategic use of the dominant positions of the openings in each building and some degree of extension and prevalence of the finishing materials facilitated a dual reading of the individual buildings and the group.

The visible roof surfaces, which because of the configuration and the height of the volume became a fifth façade, were treated based on the same geometric resource that had been applied to the outer green area and the courtyard of the block: the roofs were flat, partially passable, paved horizontally, accessible from the buildings, without any apparent staircases, with landscaped areas of a size similar to the large tree pits planned at ground level.

Before the plan was approved, Barcelona City Council backed the demand by some social groups for the complete preservation of the Can Ricart industrial complex, apart from the conservation of the urban layout and some of its most significant features as initially planned, and a new plan for the area was drafted. As is often the case in these situations, it was worse.

FIRST PRIZE IN THE RESTRICTED COMPETITION FOR PLANS FOR THE DEVELOPMENT OF CAN RICART BUSINESS PARK. DIAGONAL-POBLENOU, BARCELONA