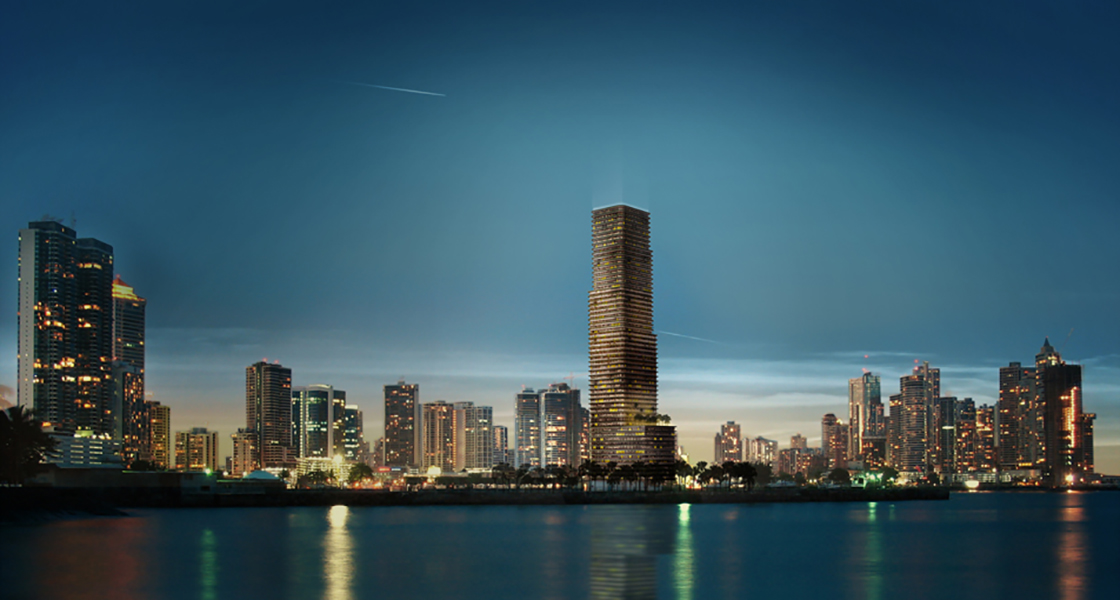 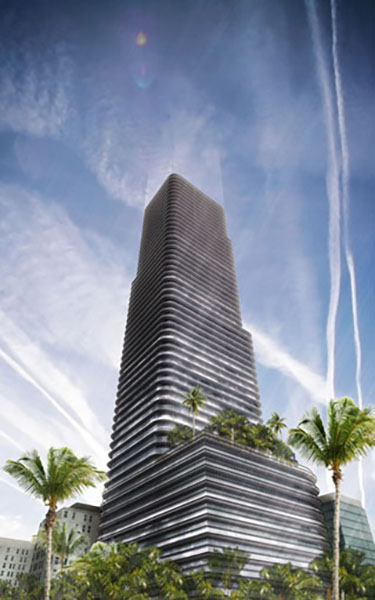 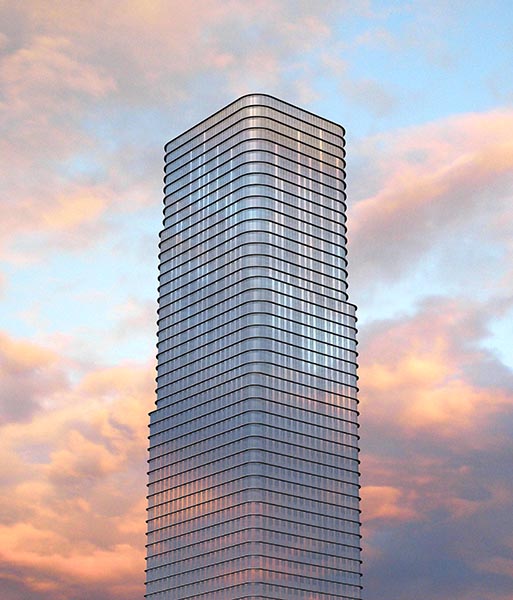 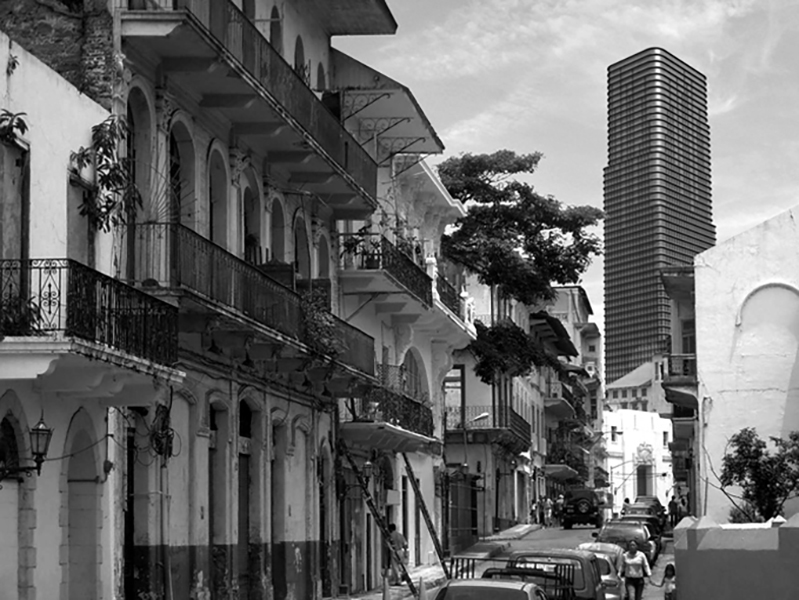 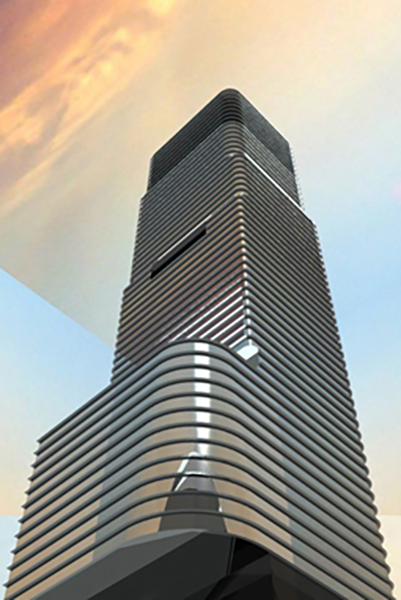 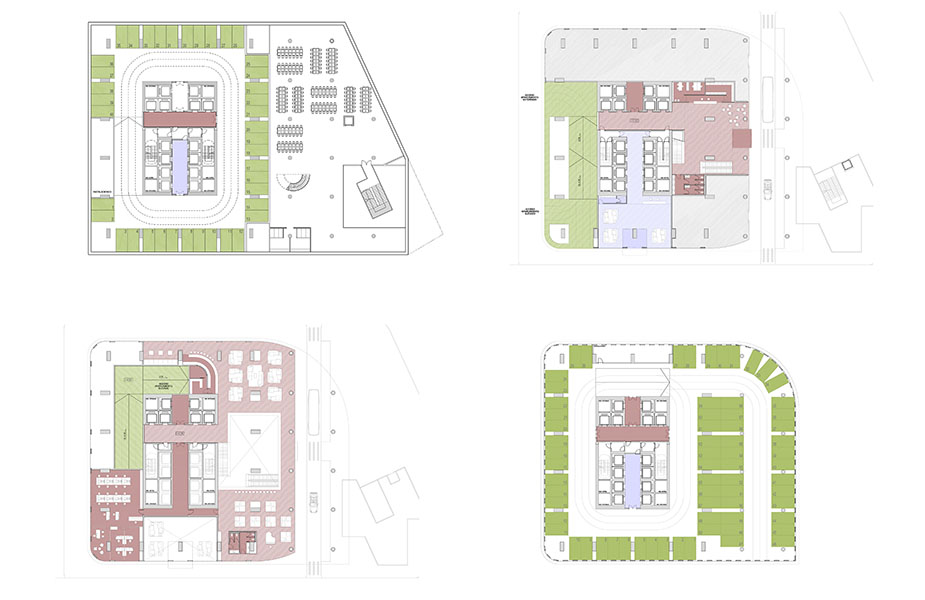 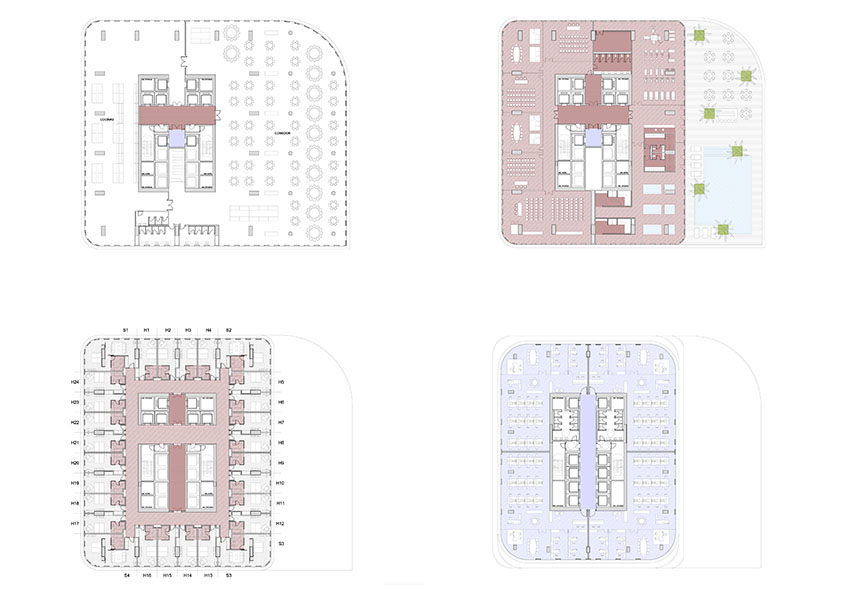 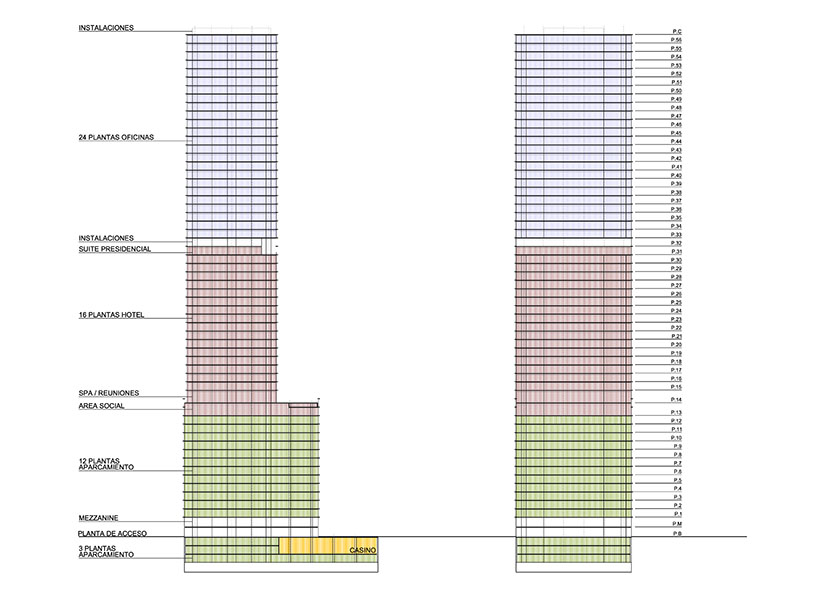 The Sfera building, on Balboa avenue in Panama City, is a two-hundred-metres high tower, facing the sea, in which a functional programme of considerable complexity has been developed, including hotel, offices and parking uses.

The base of the building is used for parking vehicles. At ground and mezzanine floor level, it also contains the separate entrance lobbies leading to the intermediate section of the building, used as a hotel, and to the upper section, used as offices. Below ground level, the built area extends towards the street and forms an open depressed space, which provides direct access to the casino, and is also connected to the hotel’s entrance hall.

The hotel room storeys have 24 conventional rooms on the perimeter of the tower and 4 suites at the corners, which are connected by an annular corridor that surrounds the communications and services centre. The office floors also have a perimeter ring with open and closed office areas, linked by a central corridor that divides the central elevator area and leads to the floor’s services.

The central communications area is divided into two different sectors. Four elevators, supported by two service lifts, provide access to the hotel levels from the entrance facing Balboa avenue, while eight elevators link the entrance floor with the office levels and an independent hall.

The building’s cross-section in the elevation changes, so that each functional segment has a different section of the shaft. The geometric matrix that is developed in the elevation is constant: a prism with a quadrangular base, with rounded corners – which provide better performance against the horizontal force of the wind – with a glass enclosure that alternates between solids and perforations. On each floor, this enclosure incorporates an overhead profile to protect the façade from excessive solar radiation, while providing relief by projecting changing shadows throughout the day.

Development of the UA13 area