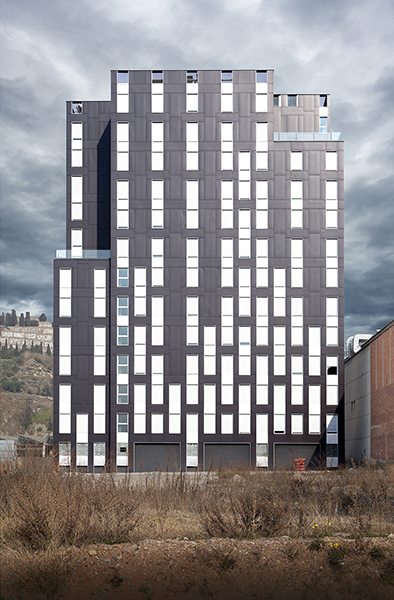 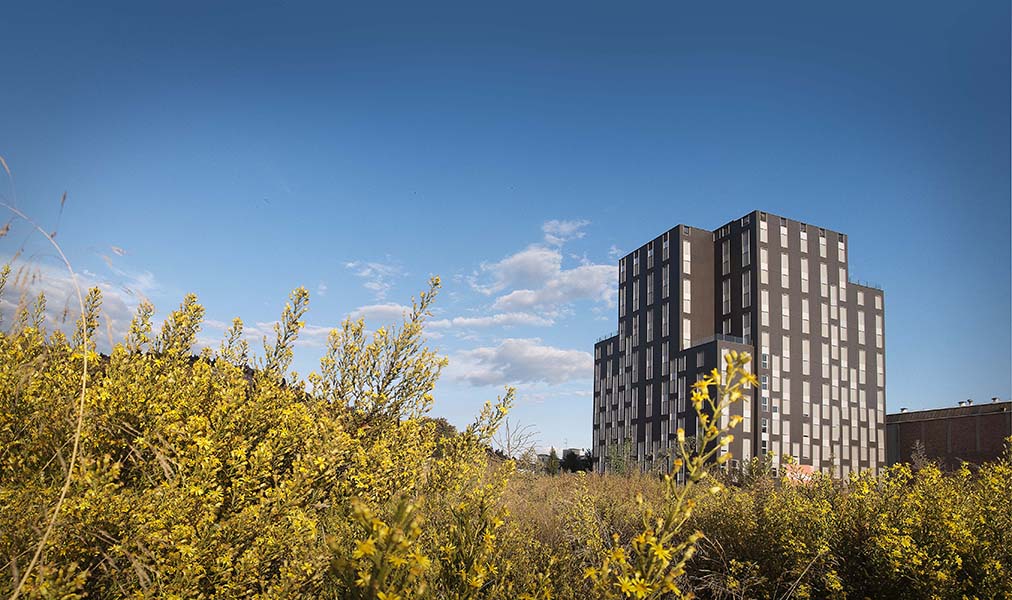 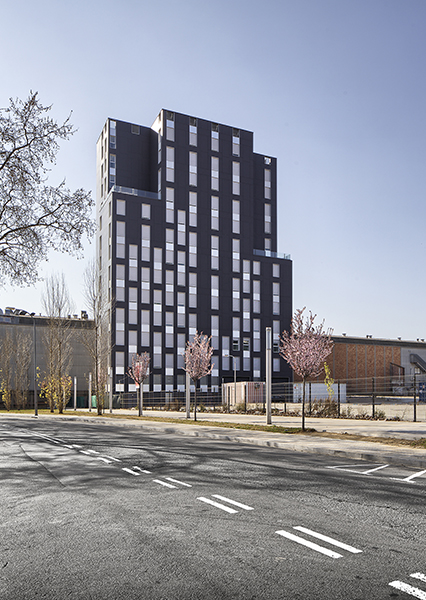 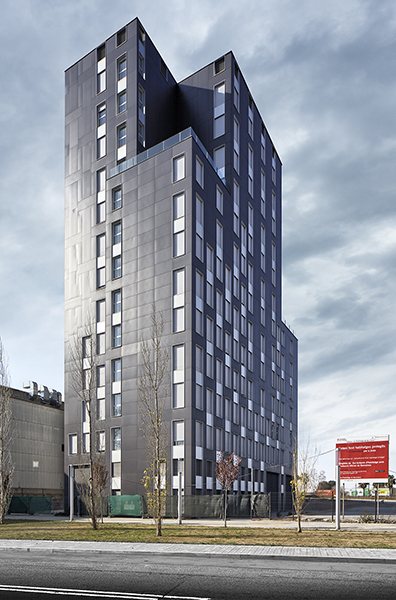 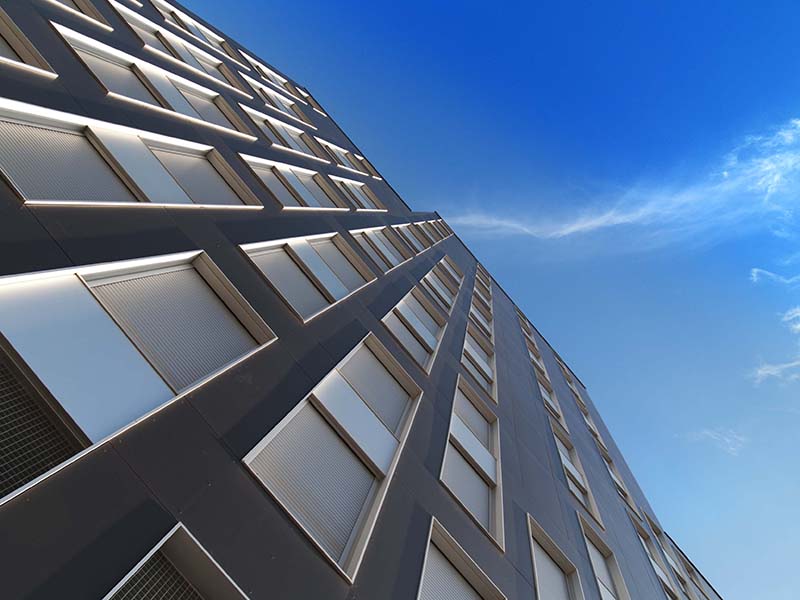 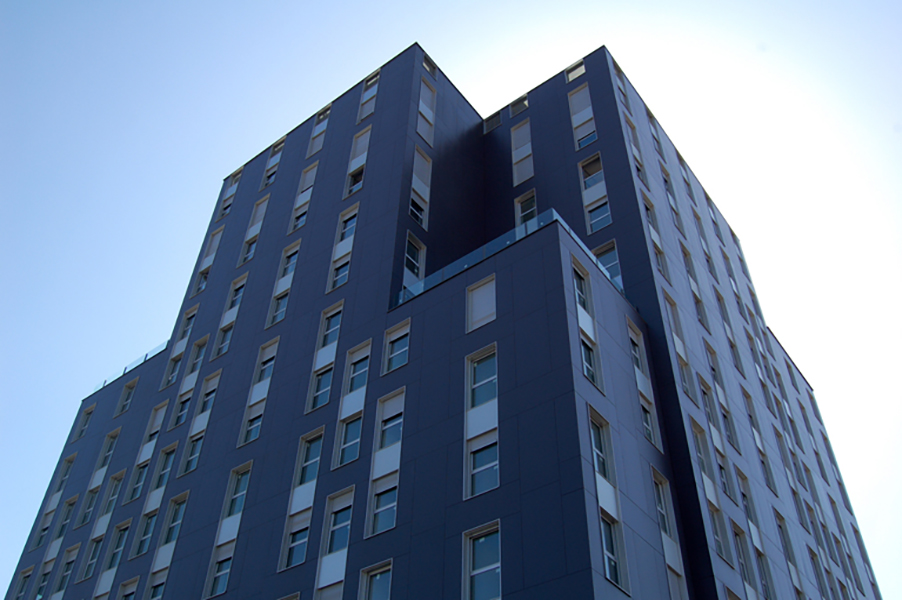 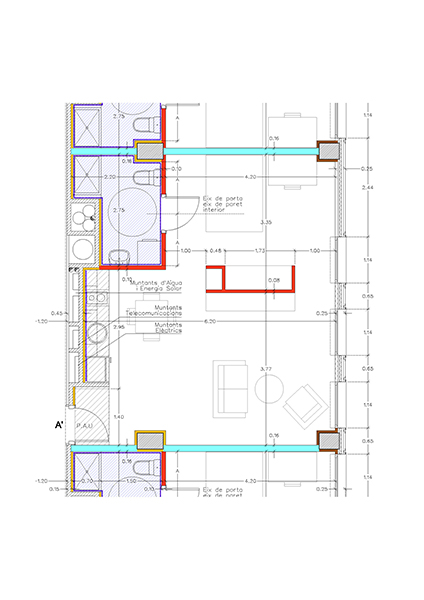 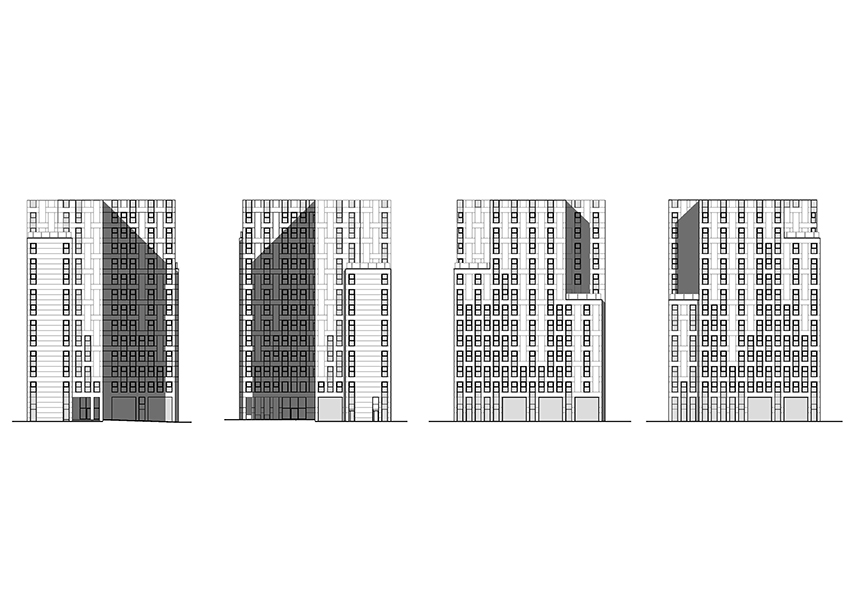 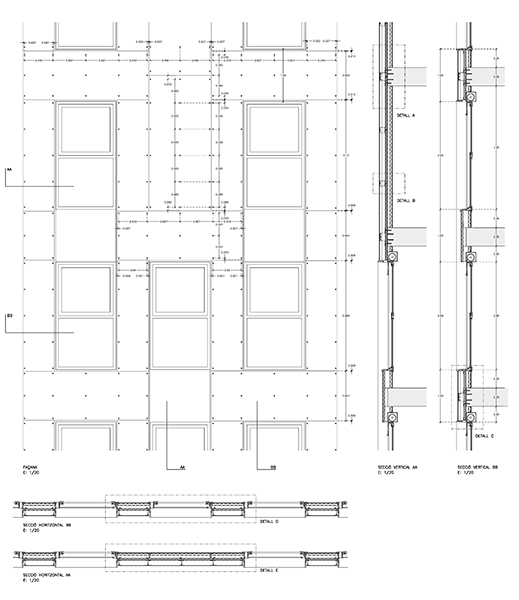 The project, whose purpose is public housing for young people, is on a site located in the Zona Franca of Barcelona, ​​in a former industrial block transformed into a service district.

A twelve story, L-shaped building is proposed, arranged around two perpendicular corridors which have light and views at each end. These circulation spaces give access to the houses and facilitate inspection to all services and facilities without the need to access the interior. The stairs and lifts area, centrally located at the junction of the two corridors, occupies the only floor space that has no façade. The fold of the building forms a courtyard facing south.

A compact building has been planned, eliminating some of the flats on the corners of the upper floors, so that there is a progressive reduction in the volume which clips the edges and helps create a more slender and complex shape. This volumetric uniqueness is visible from more distant views, which are many, as the building has open views both towards Encuny street, the Zona Franca and the Ronda Litoral as well as many views to the neighbouring mountain of Montjuïc. The roofed areas that come from different heights as a result of these reductions in the building volume are turned into community terraces.

The proposed façades will be tense, formed by three independent sheets and dry built with ventilated façade technology. They are finished with a single type of carpentry and structured based on a strict modular mesh of solid and hollow. To accentuate the apparent slenderness of the building three compositional resources will be applied: windows are grouped vertically every two floors, staggered in height and they will be irregularly eliminated in alternating columns in the upper section of the façades.