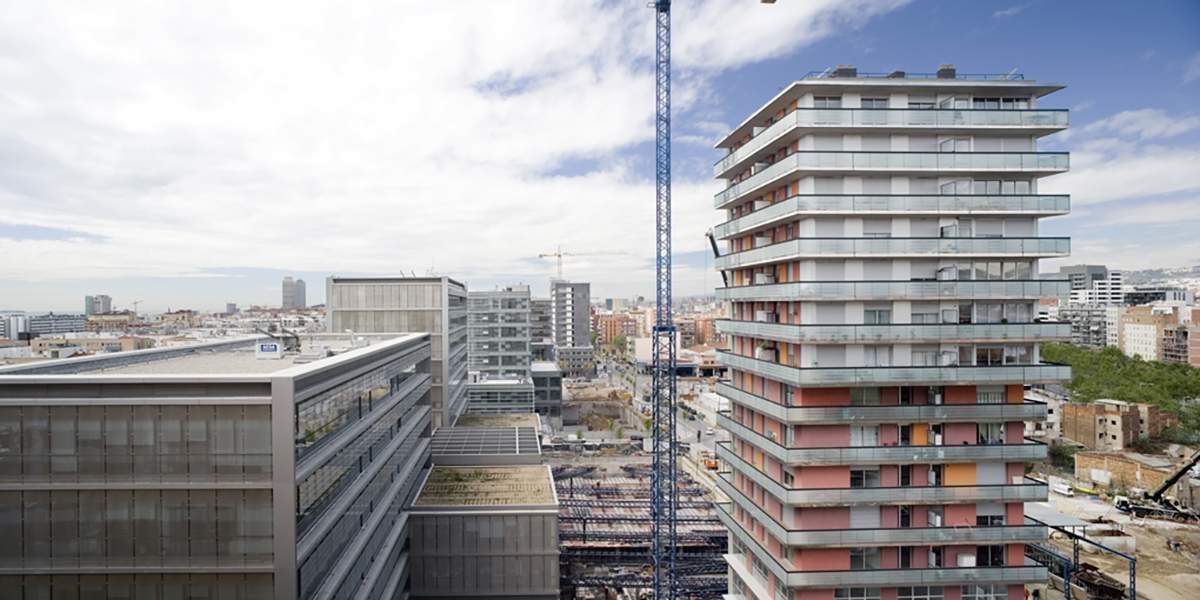 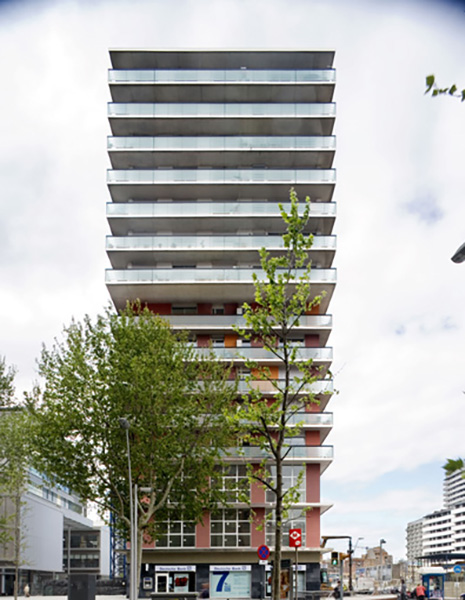 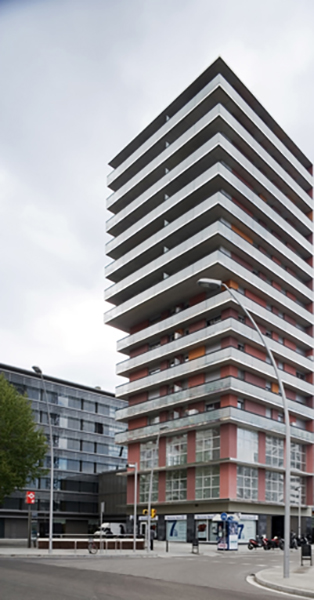 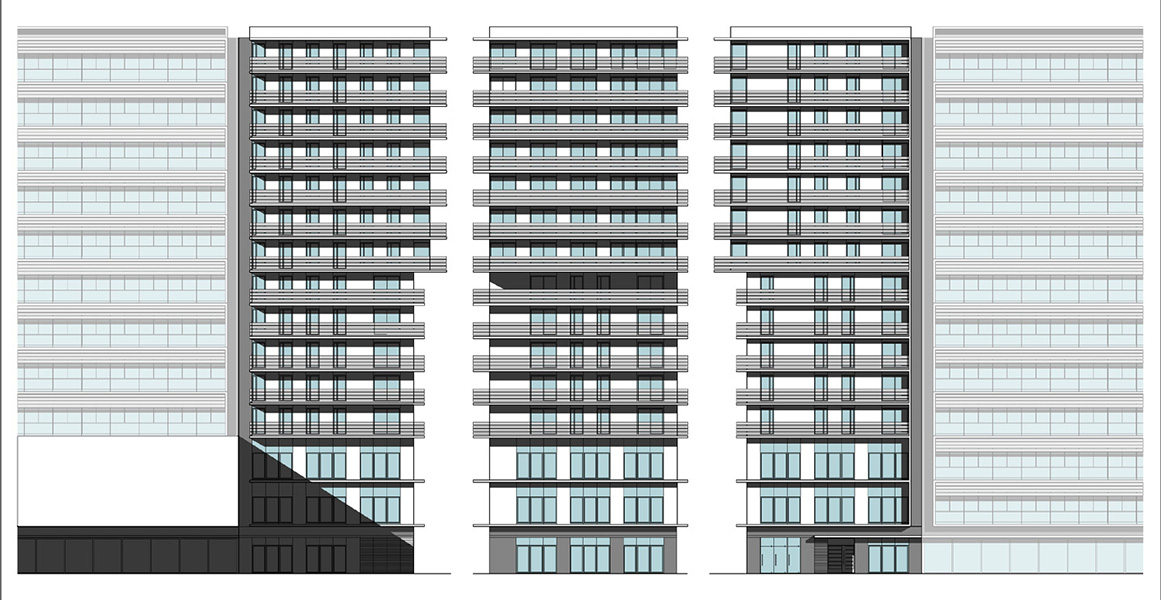 Within the modification of the Metropolitan General Plan for the regeneration of the industrial areas of Poblenou (the 22@ BCN activities district), the Llull-Pujades Llevant sector is one of the six pilot sectors that were developed as a public initiative in order to promote the physical transformation of the territory by creating new urban structural elements. It is therefore one of the operations that have played a strategic role in creating new dynamics in the sector.

The plan involves a large-scale unitary development of the three blocks that make up the façade of the Llull street, which covers the entire building programme linked to productive activities. This arrangement frees up a large area of free space at a local level along Llull street, which joins the interstitial system of public spaces between the squares in the Poblenou district and the parks of Diagonal Mar. The main façade of this area is made up of a series of discontinuous and superimposed shielded buildings of varying heights, between seven and thirteen storeys, linked by a three-storey base on each block. This development creates courtyards for access and manoeuvre, which open onto the streets perpendicular to the sea. The buildings, which gradually increase in height, are fragmented to open up the views and alleviate the impact of the built volume.

The projected building occupies the end of one of the tertiary buildings, with which it shares a built depth and height. It consists of a base that contains two stories for offices and twelve residential stories with 32 homes for the relocation of residents affected by the development of the sector.

The treatment of the built volume aims to effectively integrate it within the block as a whole, and more specifically with the adjoining office building, to which it is merely a quantitatively insignificant finishing. The building’s three façades are addressed with continuous terraces above the tertiary and commercial base of three floors, leaving the grid of openings linked to the domestic programme in the background. From the seventh storey upwards, the building projects over the street in order to attain a volumetric singularity that is a response to the open perspectives from Diagonal Avenue. The overhanging balconies are cut short before the dividing wall with the neighbouring building, and deep joints are created in the contact between the two buildings which overcome the differences in the treatment of the façades and in the distribution of heights of the storeys.

Development of the UA10 area, Barcelona

Development of the UA8 area, Barcelona